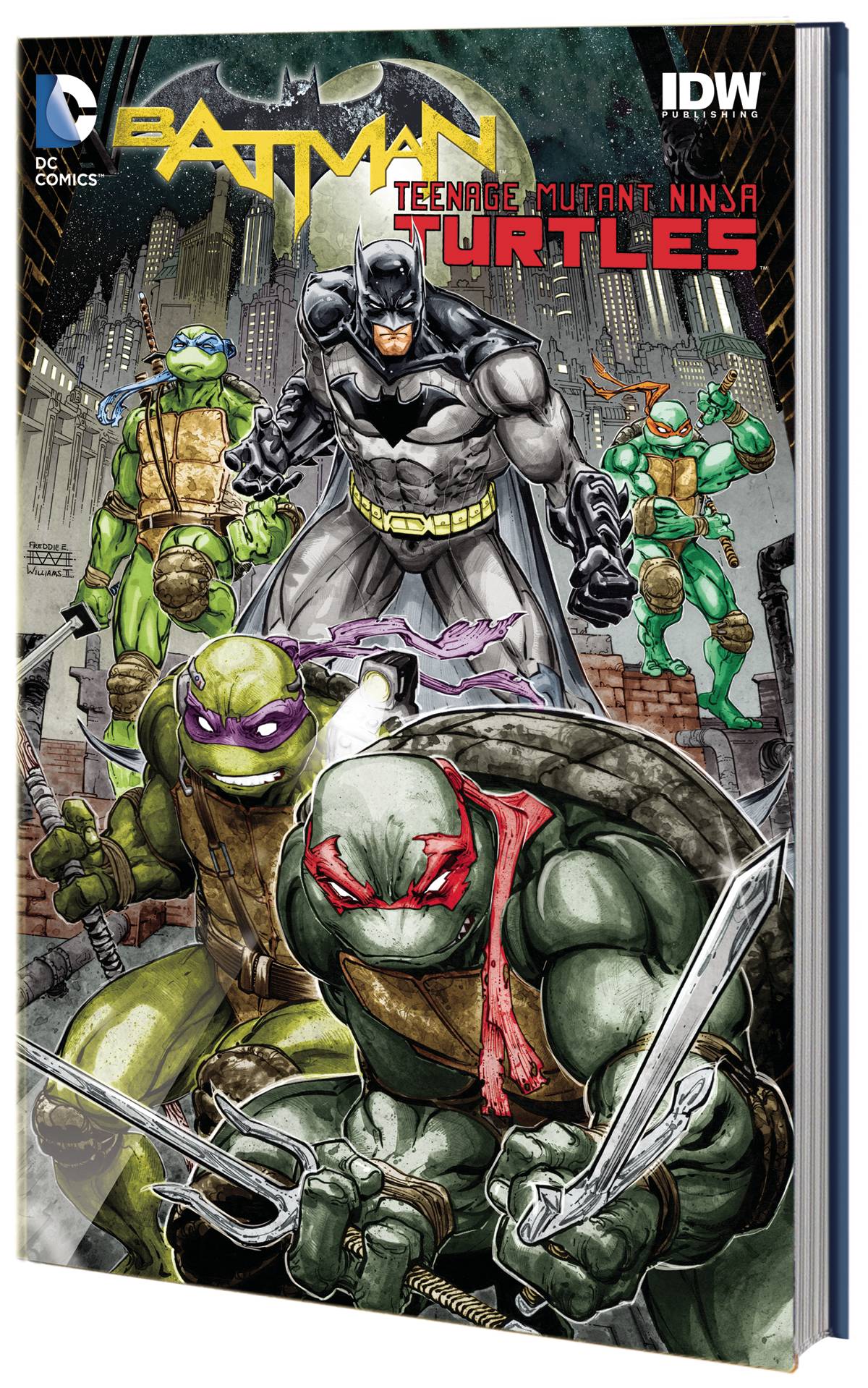 #
APR160380
(W) James TynionIV (A/CA) Freddie Williams II
The sold-out, smash-hit 6-issue miniseries co-published with IDW is collected in hardcover. It all starts in Gotham City, as a series of deadly raids leads Batman to believe he is up against a group of highly trained ninjas. Somehow, the Foot Clan has crossed over to another dimension-but they haven't come alone: Leonardo, Raphael, Donatello and Michelangelo are on their trail!
In Shops: Aug 17, 2016
SRP: $24.99
ORDER WISH LIST