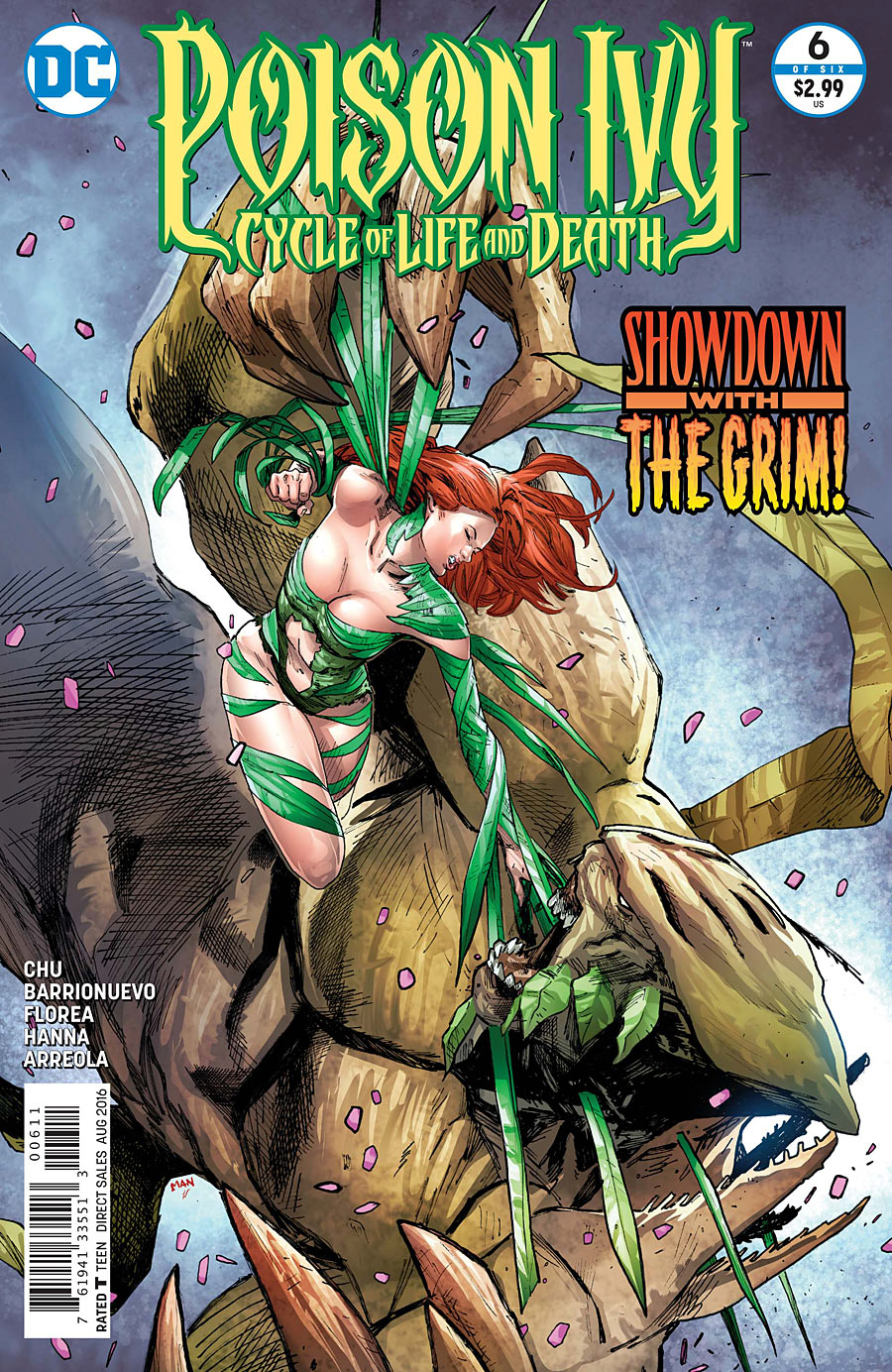 APR160361
(W) Amy Chu (A) Al Barrionuevo, Cliff Richards, Sandu Florea, Scott Hanna (CA) Clay Mann
Poison Ivy and her Sporelings battle for survival in the epic final chapter of "Cycle of Life and Death"! The monster Grim makes his final move, the murderer is revealed, and Pamela Isley's life will be forever changed! Plus, someone, or someTHING, joins the fray!
In Shops: Jun 15, 2016
SRP: $2.99
View All Items In This Series