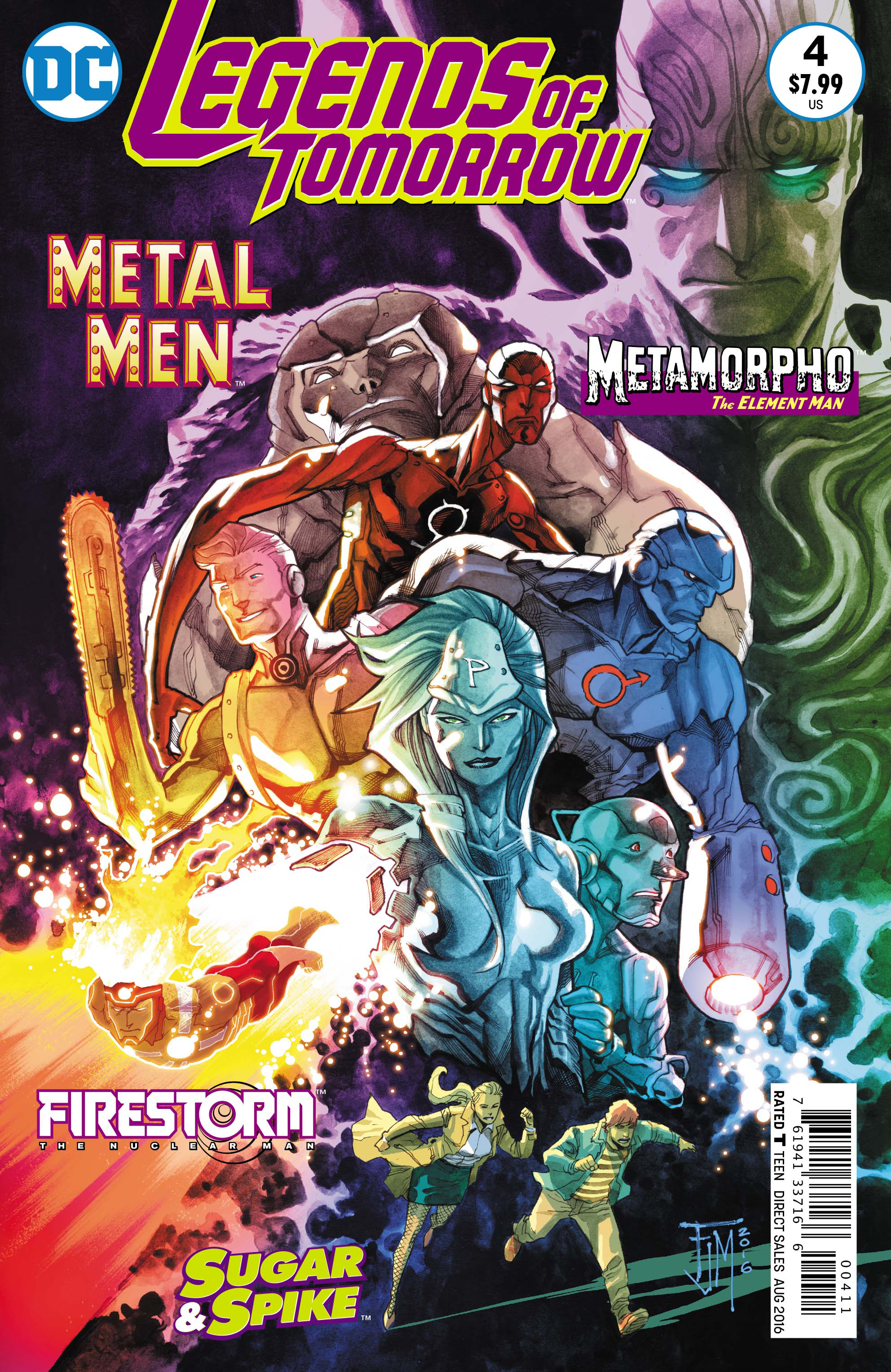 APR160336
(W) Gerry Conway, Aaron Lopresti, Keith Giffen, Len Wein (A) Eduardo Pansica, Rob Hunter, Aaron Lopresti, Bilquis Evely, Trevor Scott, John Livesay (CA) Francis Manapul
FIRESTORM
Written by GERRY CONWAY
Art by EDUARDO PANSICA and ROB HUNTER
With Firestorm held captive by General Eiling and tortured to the brink of an unstable nuclear reaction, it's up to Jason Rausch and Tonya Lu to sneak into NASCA Base and save Ronnie and Professor Stein...before they explode!
METAMORPHO
Written by AARON LOPRESTI
Art by AARON LOPRESTI and JONATHAN GLAPION
Metamorpho and Sapphire have forged an alliance with the people of Dagon Ra to find the Orb, but will they be able to fend off Kanjar Ro and his space pirates?
SUGAR & SPIKE
Written by KEITH GIFFEN
Art by BILQUIS EVELY
When Green Lantern's friend Itty the extraterrestrial is kidnapped, only Sugar & Spike can save the day! But who would kidnap a poor, defenseless outer-space worm?!
METAL MEN
Written by LEN WEIN
Art by YILDIRAY CINAR and TREVOR SCOTT
With their backs against the wall, and the military breathing down their necks, the Metal Men turn to their one friend who might be able to help them track down Nameless: Cyborg!
In Shops: Jun 08, 2016
SRP: $7.99
View All Items In This Series