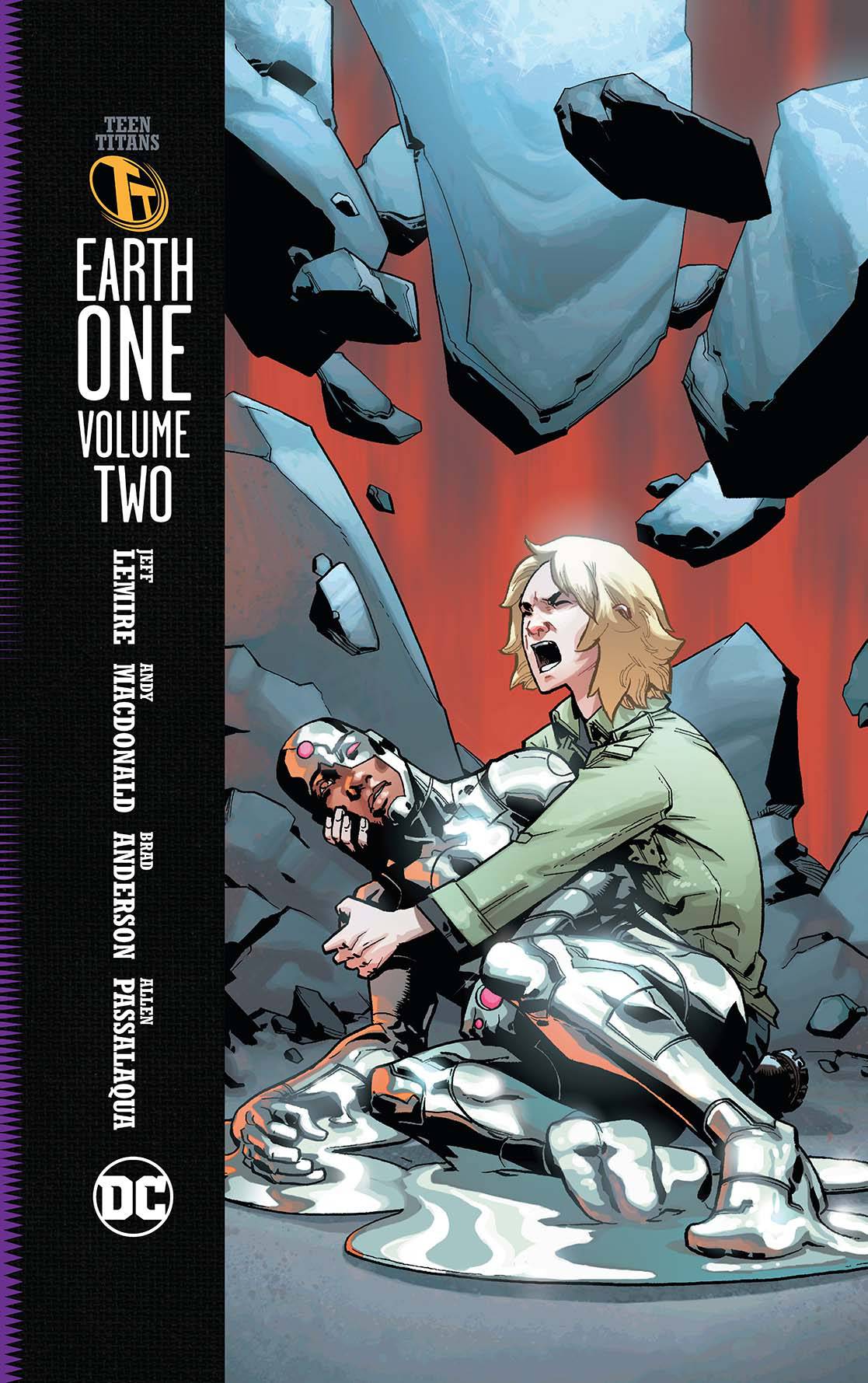 #
APR160323
(W) Jeff Lemire (A/CA) Andy MacDonald
After months on the run from the twisted project that created them, Cyborg, Terra, Beast Boy and Garth are near their breaking point, barely surviving on what they can steal, squatting in the ruins of an abandoned subdivision. But as they reach their lowest ebb, their creator, Dr. Niles Caulder, is ready to make his move...and they're about to learn that they weren't the only kids to go through Caulder's twisted process! There are more children with powers out there, and unlike our heroes, they were raised for only one purpose-to be the living weapons Caulder wants ALL his Titans to be!
Writer Jeff Lemire (GREEN ARROW, ANIMAL MAN) teams up with artist Andy MacDonald (THE NEW 52: FUTURES' END) to deliver the next chapter in the Earth One series!
In Shops: Aug 10, 2016
SRP: $22.99
View All Items In This Series
ORDER WISH LIST