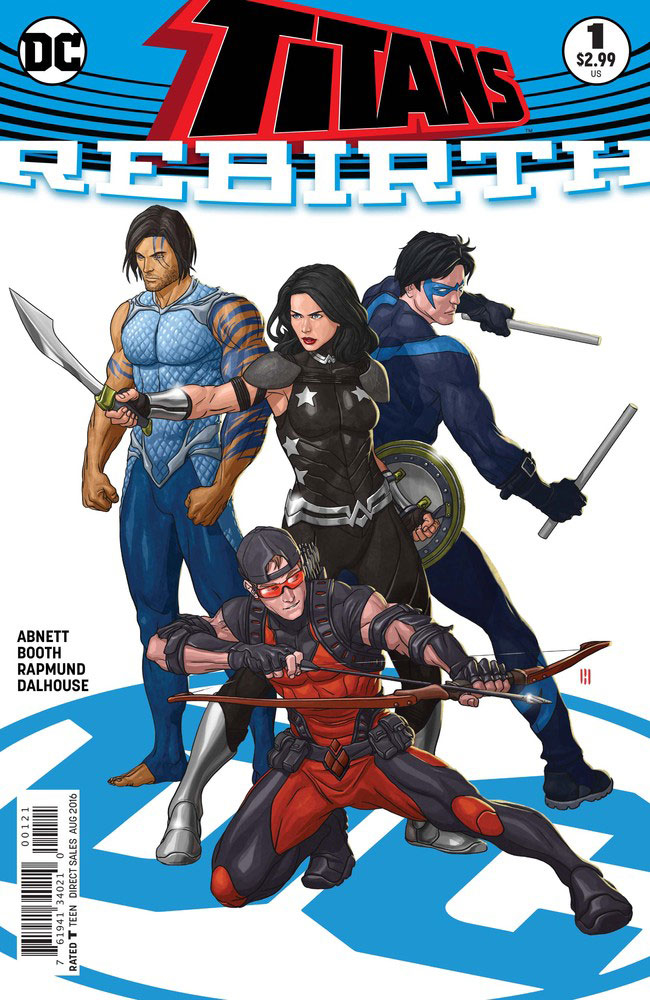 APR160313
(W) Dan Abnett (A) Brett Booth, Norm Rapmund (CA) Mike Choi
Friends. Teammates. Titans. Donna Troy, Arsenal, Garth, Lilith, and Nightwing were all that and more until a mysterious force erased their memories, forcing them to forget what they could accomplish together. Reunited with their memories returned, the Titans must destroy the interdimensional demon that broke them apart and threatens reality itself.
THEY SAID IT: "Grayson and Donna were a few of the characters I first worked on at DC, so it feels like a homecoming for me," explains penciller Brett Booth. "I'm beyond happy!"
WARNING: Do NOT read this issue until after you read DC UNIVERSE: REBIRTH #1!
In Shops: Jun 15, 2016
SRP: $2.99
View All Items In This Series