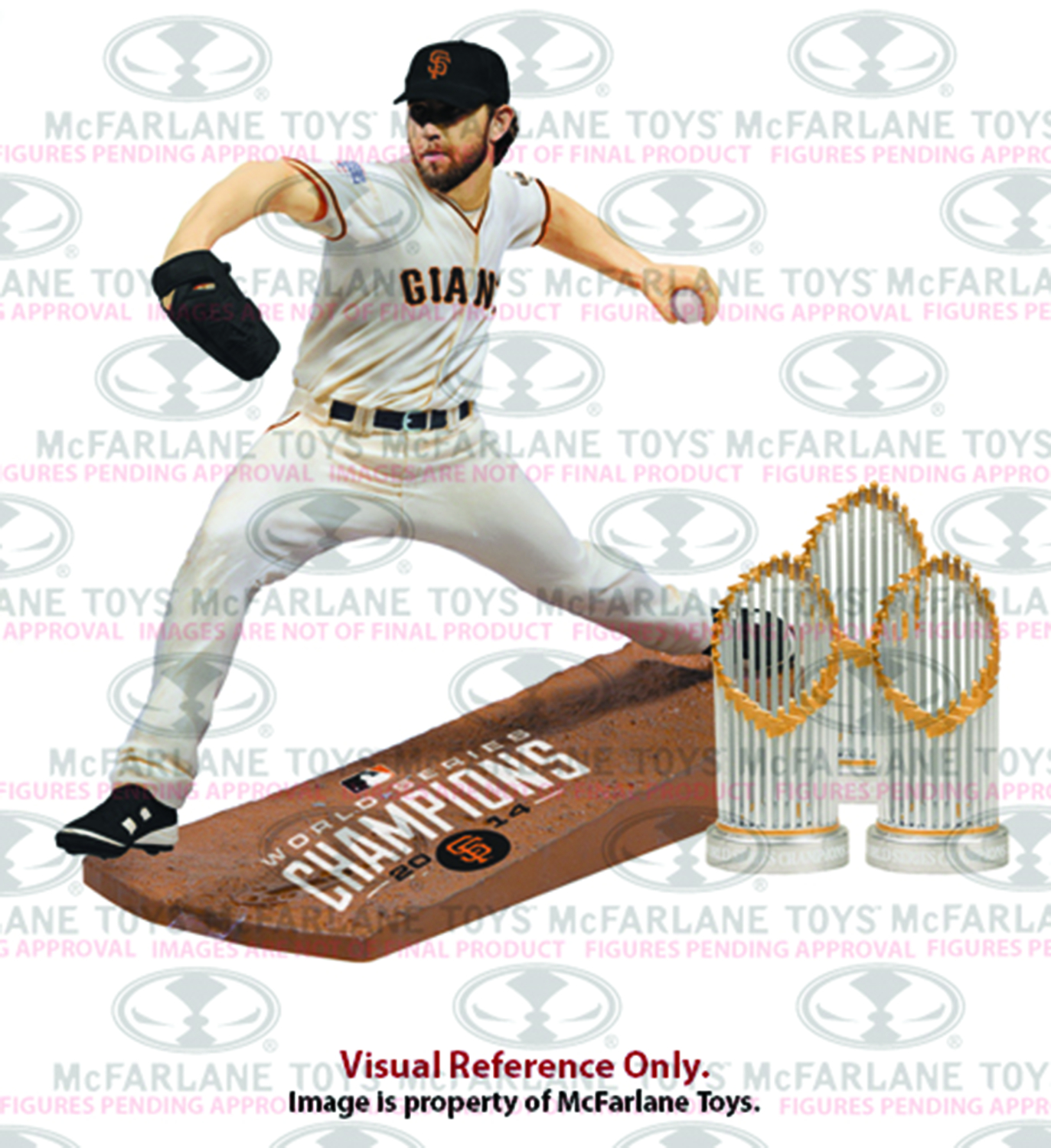 APR158814
From McFarlane Toys. Madison Bumgarner, simply put, is statistically one of the greatest post-season pitchers in the history of Major League Baseball, and has forever cemented his legacy as a World Series legend. Over the course of three World Series victories (2010, 2012, 2014), "Mad Bum" has set so many records that it is hard to keep track of. In fact we don't even have enough room to list them all, but here are a few key highlights: He is the only player to record two wins, a save, and a shutout in a single World Series (2014), and he owns the all-time World Series record for ERA, with a staggering .25 ERA through 36 innings pitched.  He just was named by Sports Illustrated as the 2014 Sportsman of the Year and was the Associated Press' 2014 Male Athlete of the Year. This figure showcases him wearing his home uniform from the 2014 World Series (Game Five) and includes the official 2014 San Francisco Giants Champions logo on the base and three World Series trophies! Each figure will be individually numbered, with only 6,000 total pieces made and packaged in the "Collector Box" style packaging.