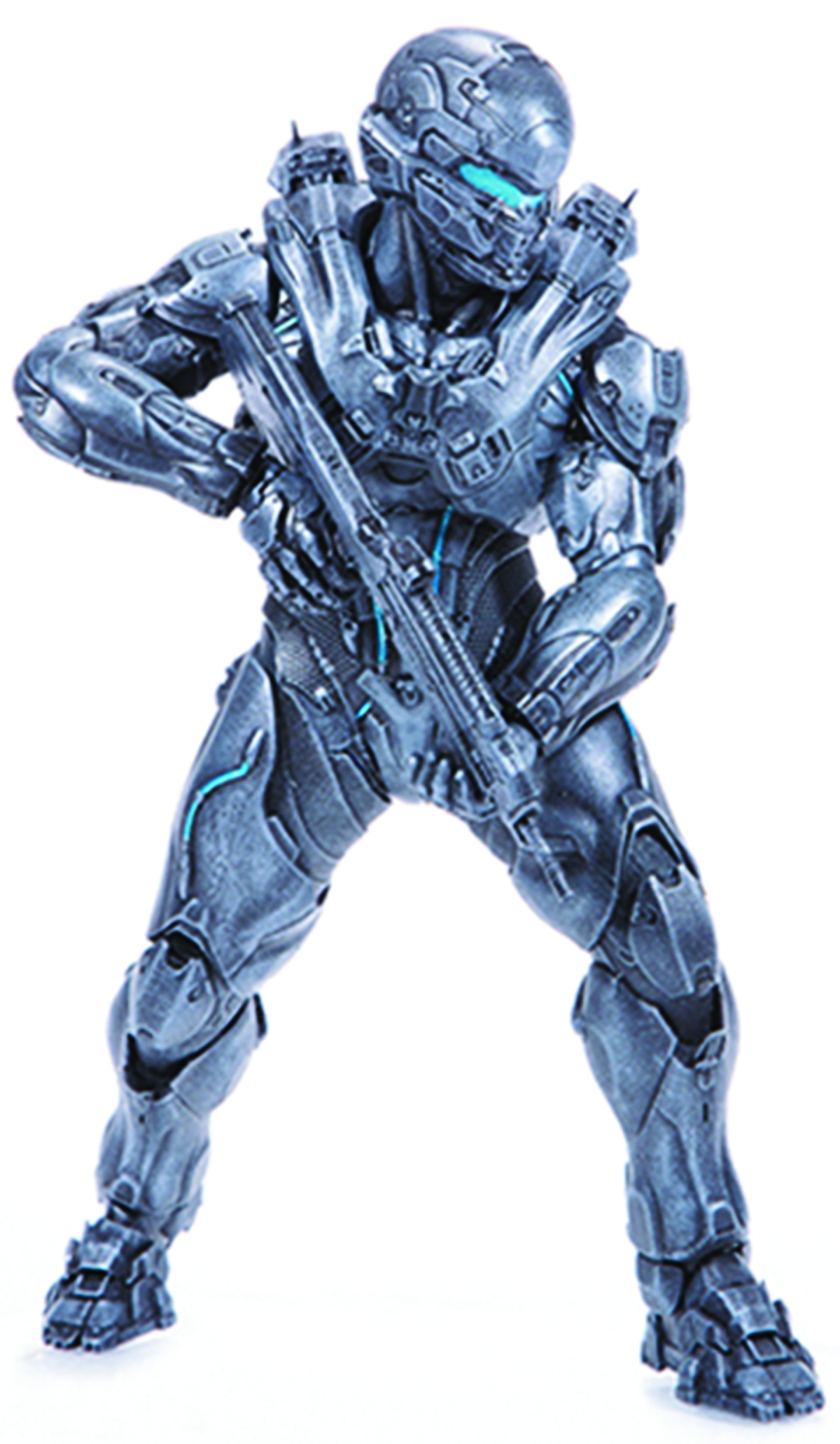 APR158362
From McFarlane Toys. Spartan Locke is tasked with hunting down the legendary Spartan but his intentions may not be what they seem. As a game of cat and mouse unfolds between these dynamic Spartans, an alien force is rising that threatens the entire galaxy. Introduced in the live-action series Halo: Nightfall, Jameson Locke has the knowledge and skills to take out any threat. Will he replace the Master Chief as the UNSC's top super soldier? This highly-detailed Spartan Locke deluxe figure is ready for action in his sleek blue chrome armor with illuminating blue accents. This game-accurate figure includes a dynamic battle rifle and an alternate arm to create Spartan Locke's leadership pose. Tying directly into the Halo 5: Guardians gameplay, the Spartan Locke deluxe figure also will be packaged with a downloadable code for in-game content.