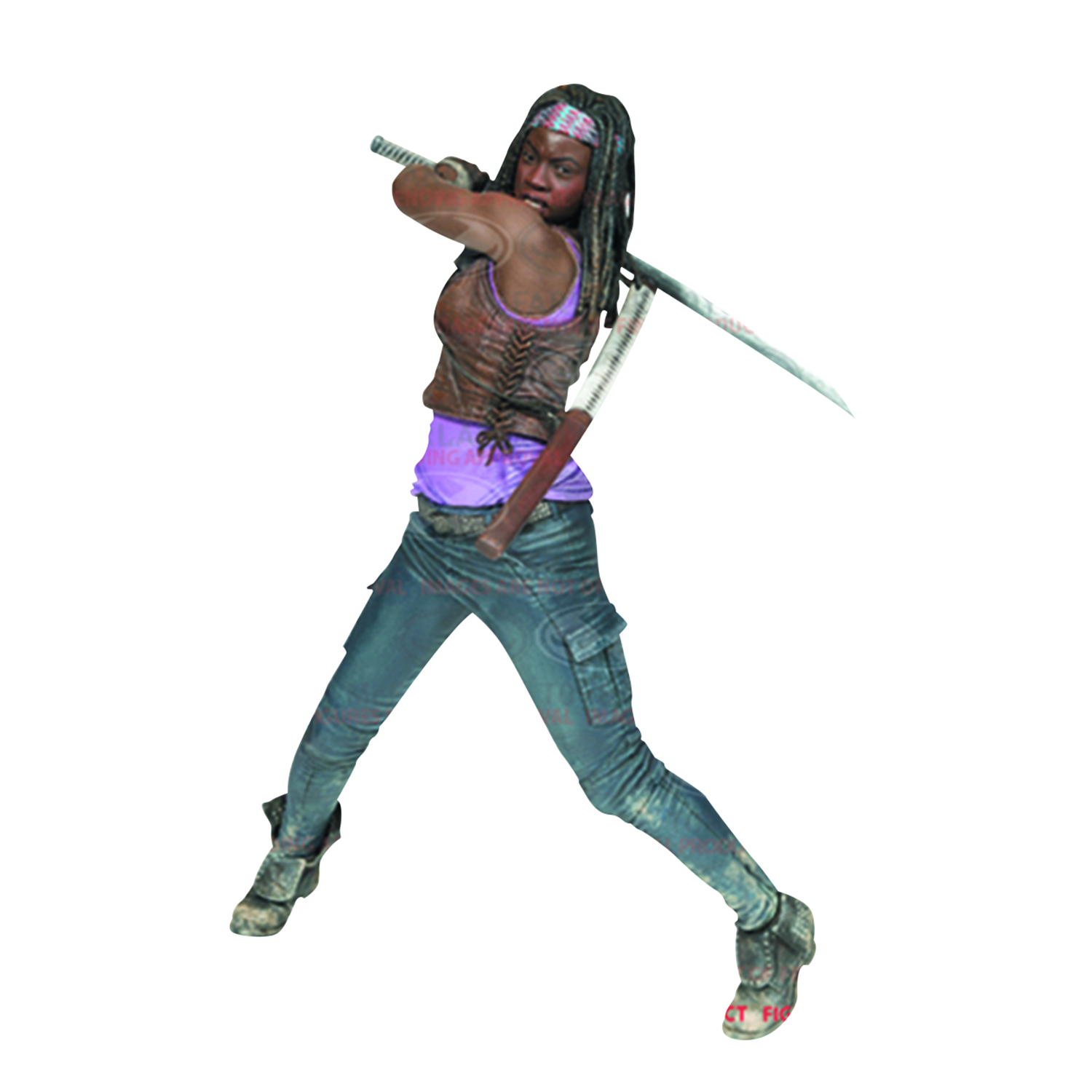 APR158082
From McFarlane Toys. After losing her family to the apocalypse, Michonne had to adapt to the harsh environment or be overwhelmed by it. Deciding to wield a katana and using "Pet" Walkers as sentries, Michonne survived effectively on her own. However the innovative Michonne found a family in the group led by Rick Grimes; and her talent, determination, and strength became a valuable asset among them. McFarlane Toys' Michonne Deluxe Figure is inspired by the character's look during Season 3 and includes an authentic in-scale replica of Michonne's katana and sheath and a black circular base for perfect dynamic posing. This highly-detailed 10" figure features the exact likeness, taken from a full 3D scan of the actress, Danai Gurira. This Michonne deluxe figure includes an alternate set of arms to create two iconic character poses -- a swinging attack pose that can remove a Walker's head with surgical precision and an alternate stoic defense pose.