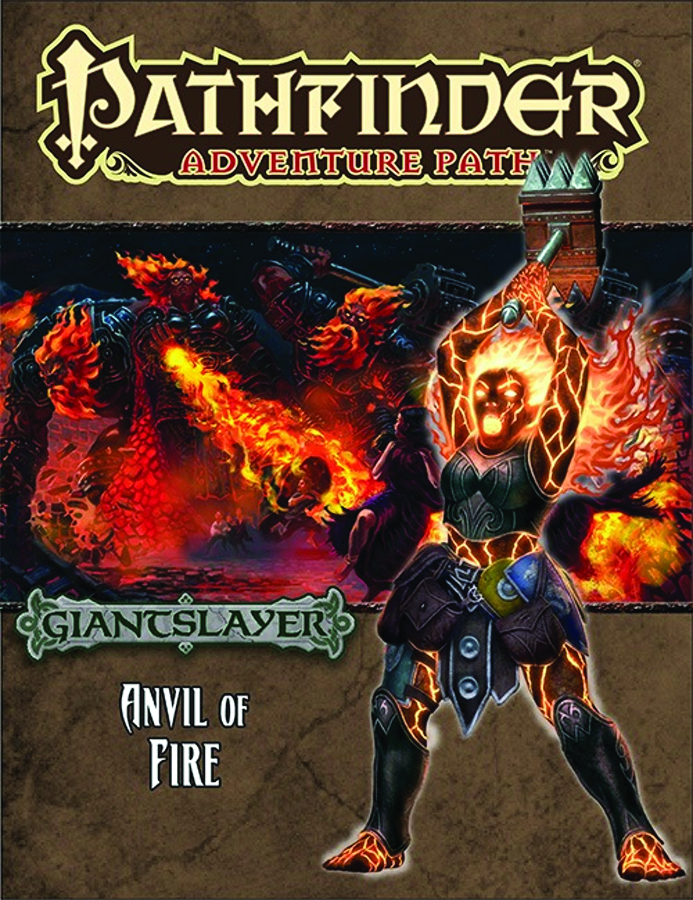 APR152730
Tracking down the Storm Tyrant's fire giant allies, the heroes head for the elite military academy where the Storm Tyrant is training officers for his giant army, a subterranean dungeon complex beneath the caldera of a dormant volcano in the Mindspin Mountains. Facing off against the fire giant king Tytarian and his family, the heroes learn about the Storm Tyrant's plans to invade Belkzen and lead an army of giants and orcs to conquer the nations of Avistan and gain valuable intelligence about the Storm Tyrant's flying cloud castle and his top generals. Anvil of Fire is a Pathfinder Roleplaying Game adventure for 13th-level characters. This adventure continues the Giantslayer Adventure Path, an epic campaign of classic sword & sorcery thrills.
In Shops: Aug 05, 2015
SRP: $22.99