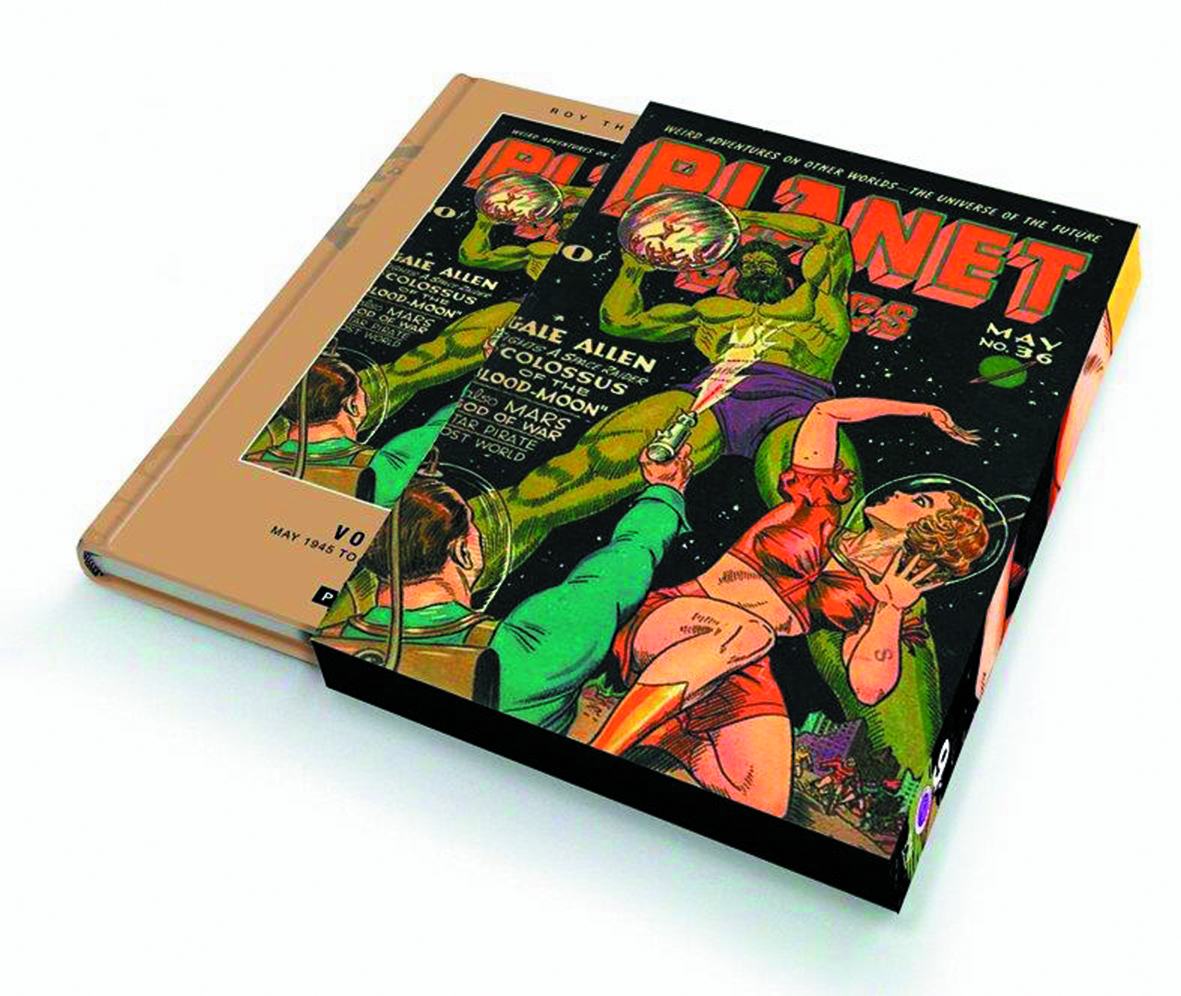 APR151668
(W) Roy Thomas (A) Joseph Doolin, Dan Zolnerowich, Pagsilang Rey Isip, Saul Rosen, Al Walker, George Tuska
PS Artbooks continues its epic journey "out of this furshlugginer world" with the ninth volume of the groundbreaking awe-filled Planet Comics that appeared from Fiction House over a thirteen year period ending in 1953. They're all here - Flint Baker, Reef Ryan, The Space Rangers, Gale Allen, Star Pirate, Mysta of the Moon, Norge Benson plus many more and a bevy of the most scantily-clad females you're likely to see outside of Silvio Dante's Bada Bing strip joint in The Sopranos. Collects issues #36-41 (May 1945 to March 1946) of the original titles from Fiction House.
In Shops: Sep 09, 2015
SRP: $69.99
View All Items In This Series
ORDER WISH LIST