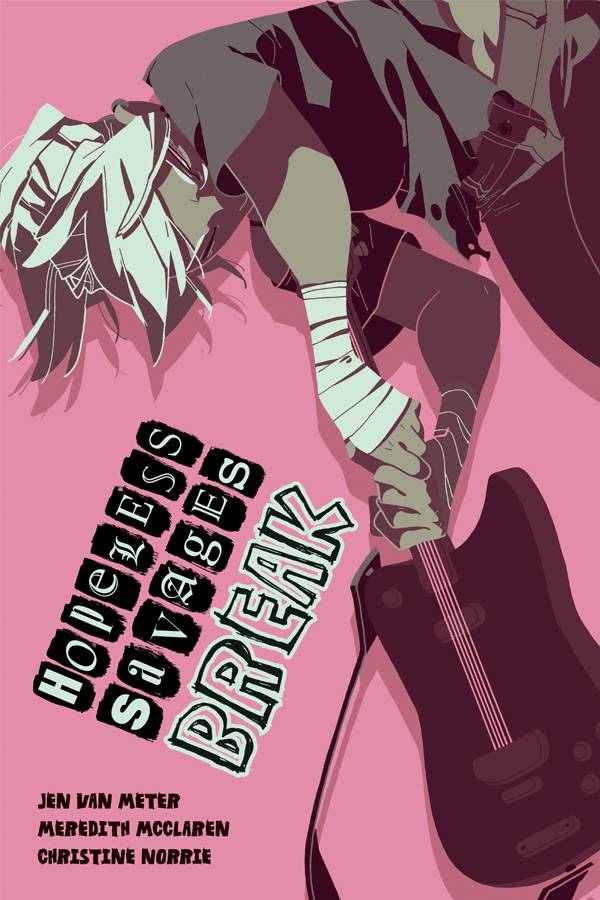 #
APR151630
(W) Jen Van Meter (A) Christine Norrie (A/CA) Meredith McClaren
All the Hopeless-Savages are back in this fourth volume of the critically-acclaimed series! Zero's in college (and hating it), though a tour with the Dusted Bunnies promises to rejuvenate her spirits - at least, that's what she's telling her therapist. But a rival band threatens to end the tour early, and without her family, Zero's in no position to fight back. Meanwhile, the rest of the Hopeless-Savages are dealing with their own problems, including babies, contracts, and drug addictions. But if there's one family who can pull it all off, it's this one. Stunningly illustrated by Meredith McClaren (Hinges), with flashbacks by original series artist Christine Norrie, this is one volume fans won't want to miss out on!
In Shops: Nov 25, 2015
SRP: $17.99
View All Items In This Series