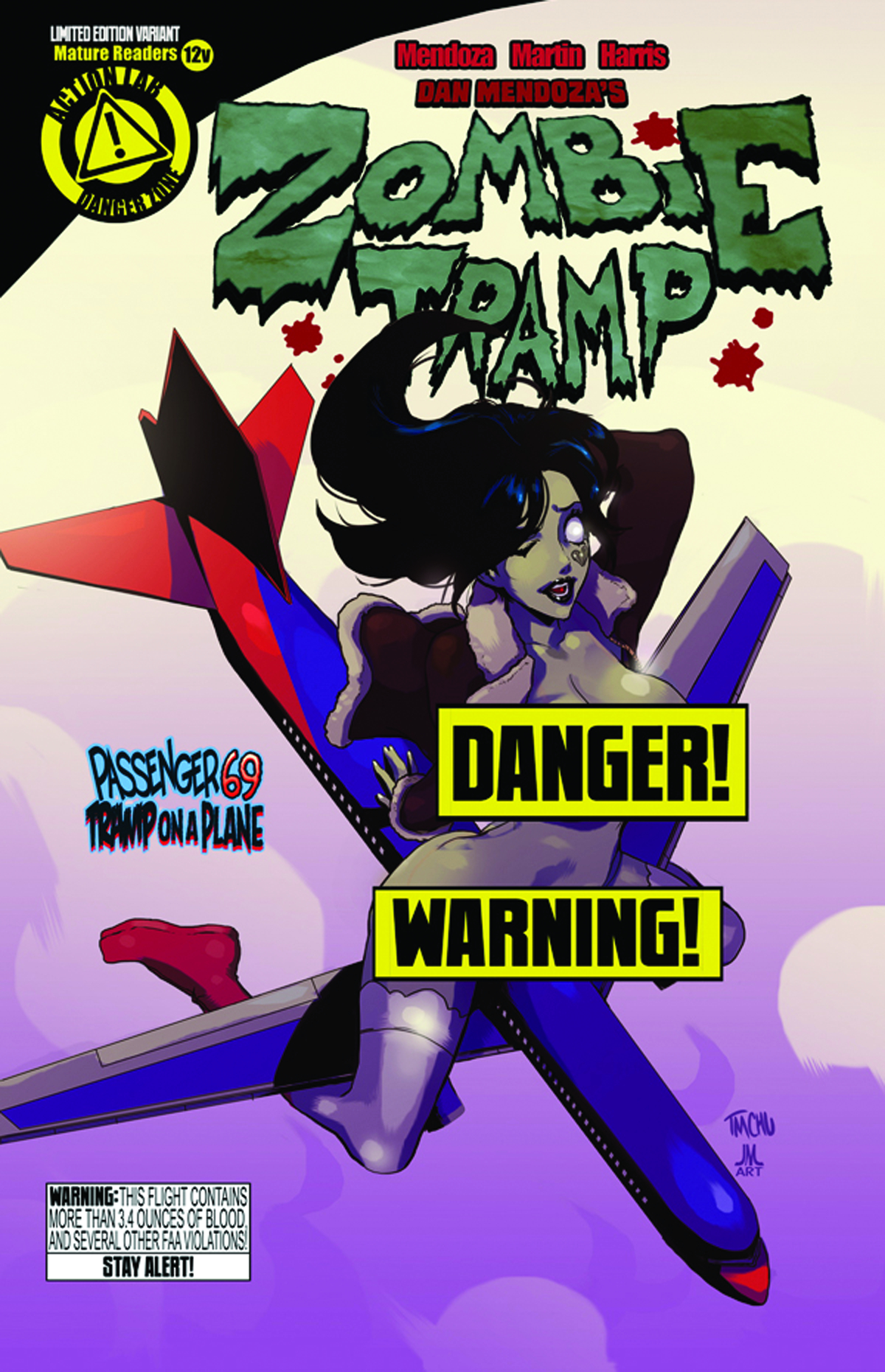 APR150974
(W) Dan Mendoza, Jason Martin (A) Victoria Harris (CA) TMChu
In an effort to make it to Miami faster, Zombie Tramp takes to the air this time on a one-way ticket to chaos. Can Janey control her temper and her human form on a 6-hour flight full of annoyances?
Maybe. But add one more unexpected element to the mix and you've got yourself one angry zombie on a plane.