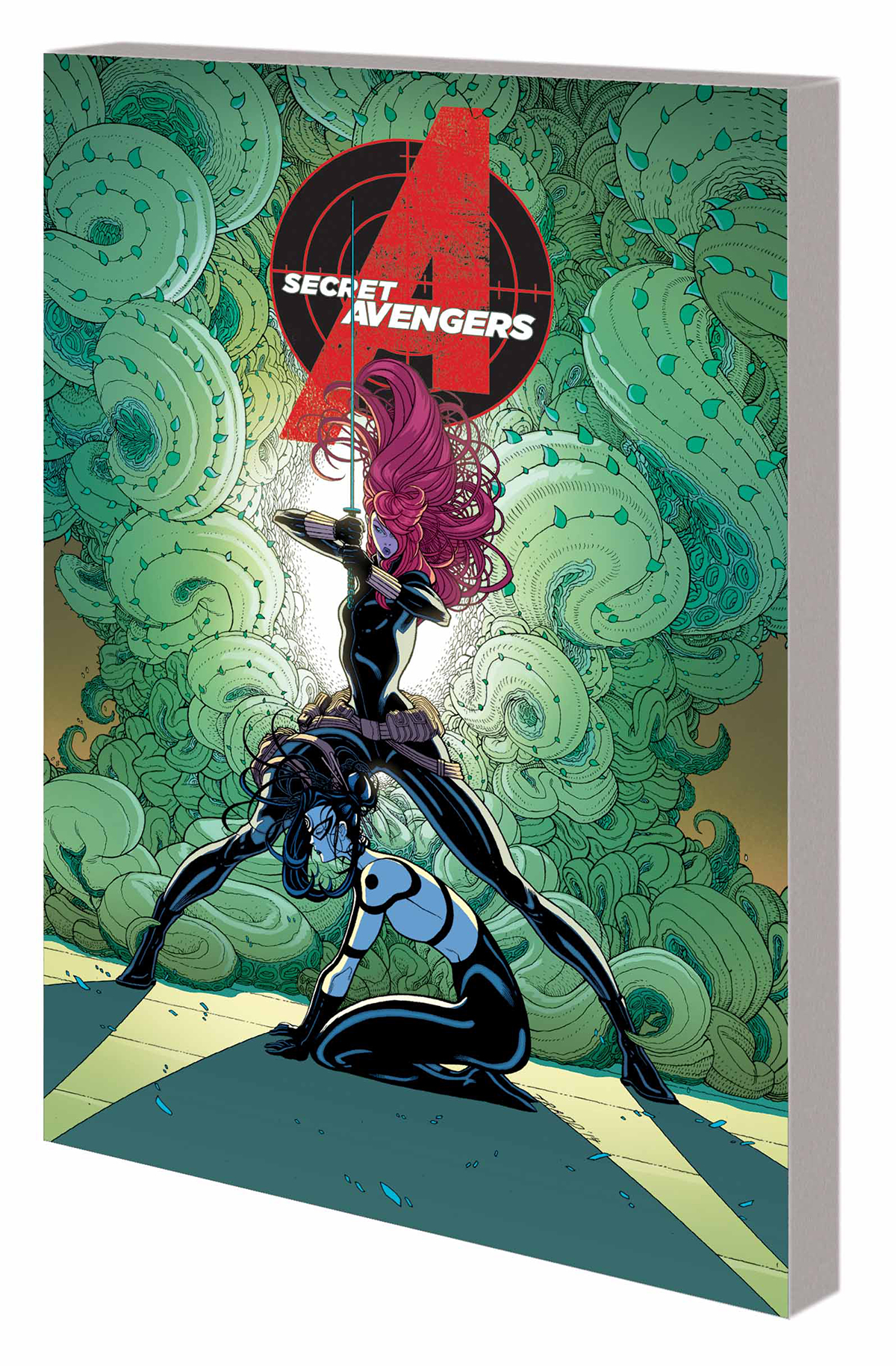 APR150932
(W) Alex Kot (A) Michael Walsh (CA) Tradd Moore
Ales Kot and Michael Walsh's explosive, subversive, manipulative and just plain confusing Secret Avengers story concludes! Hawkeye and Coulson face off. But why? Vladimir makes a deal with the Fury. Is this a good or a bad thing? As the Helicarrier comes under attack, M.O.D.O.K. gets the message - and the horror of the nursery is revealed! Black Widow and Lady Bullseye might just have to deal with this together - but with Maria Hill gone, what happens to the rest of the team? Do we dare trust M.O.D.O.K.? The Fury meets its babies, but Spider-Woman's gift can change everything in an instant. Unlikely partners have a meeting far away from the S.H.I.E.L.D. Helicarrier as the journey's end loops around to its beginning. Is it possible that the Secret Avengers actually had a plan all along?! Collecting SECRET AVENGERS (2014) #11-15.
Rated T+
In Shops: Jun 24, 2015
SRP: $16.99
View All Items In This Series
ORDER WISH LIST