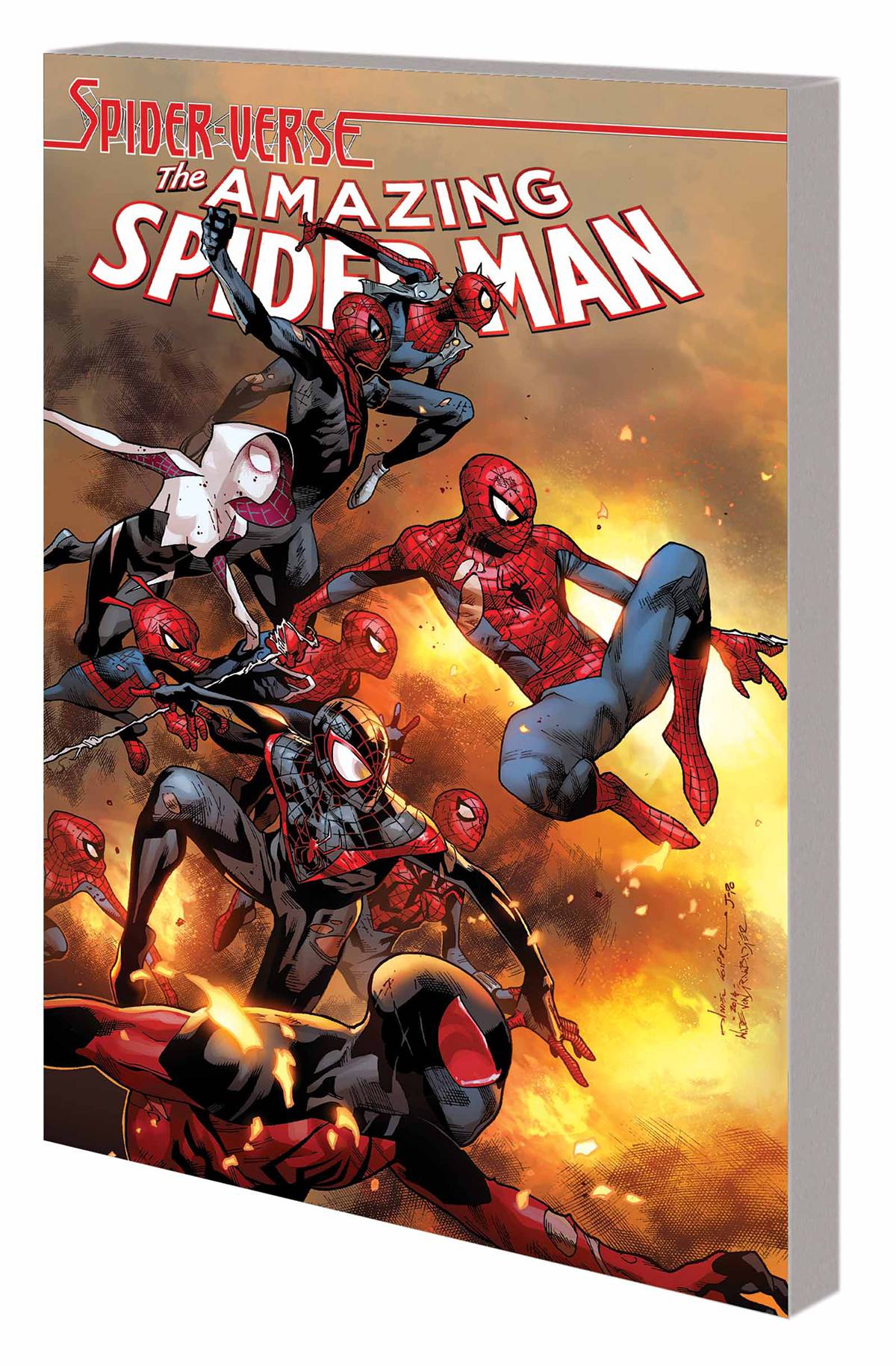 #
APR150926
(W) Dan Slott (A) Giuseppe Camuncoli (A/CA) Olivier Coipel
It's the biggest Spider-event ever! When the evil Inheritors begin exterminating spider-characters throughout the multiverse, every single Spider-Man ever is needed to save the day! A spider-army gathers to fight Morlun and his deadly family, and the Superior Spider-Man intends to lead it! Our universe's amazing Spider-Man has an issue with that, but the army doesn't have time for this in-fighting as the Inheritors continue slaughtering Spider-totems left and right! As the first skirmishes unfold into all-out war, Miles Morales shows his stuff, Silk finds a valuable edge, and a surprising Spider-character makes the scene! When the Prophecy comes to fruition, every spider must fight - and no spider is safe! But what does the Superior Spider-Man have up his sleeve? And what will the war's fallout mean for Peter Parker and the rest of the spiders? Collecting AMAZING SPIDER-MAN (2014) #9-15.
Rated T
In Shops: Jul 08, 2015
SRP: $24.99
View All Items In This Series
ORDER WISH LIST