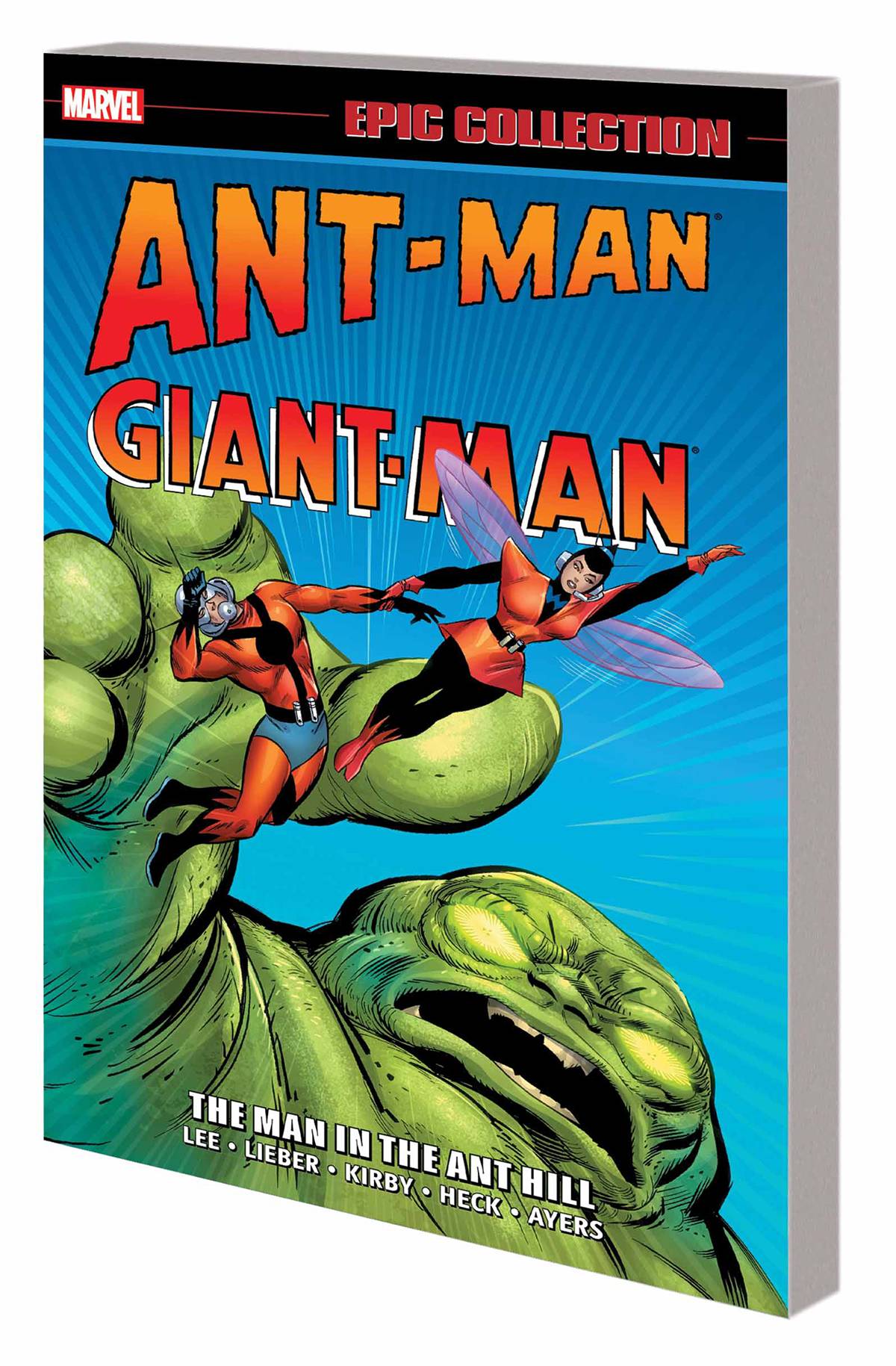 #
APR150910
(W) Stan Lee, Larry Lieber, Ernie Hart (A) Don Heck, Dick Ayers, Larry Lieber (A/CA) Jack Kirby
A man of action and a man of science, Dr. Henry Pym invented an amazing growth serum and a cybernetic helmet, and with them he became - the Astonishing Ant-Man! Pym soon teamed with Janet Van Dyne, the winsome Wasp, and the two tiny titans went on to battle an array of mini- and maxi-sized menaces from the Scarlet Beetle to the Black Knight! But adventures in the microscopic world weren't enough for one of the Marvel Age's first super heroes. Soon, Ant-Man became the biggest Avenger there ever was - Giant-Man! And his foundational adventures are all here in this debut Epic Collection! Collecting the Ant-Man, Giant-Man and Wasp material from TALES TO ASTONISH (1959) #27 and #35-59.
All Ages
In Shops: Jun 24, 2015
SRP: $34.99
ORDER WISH LIST