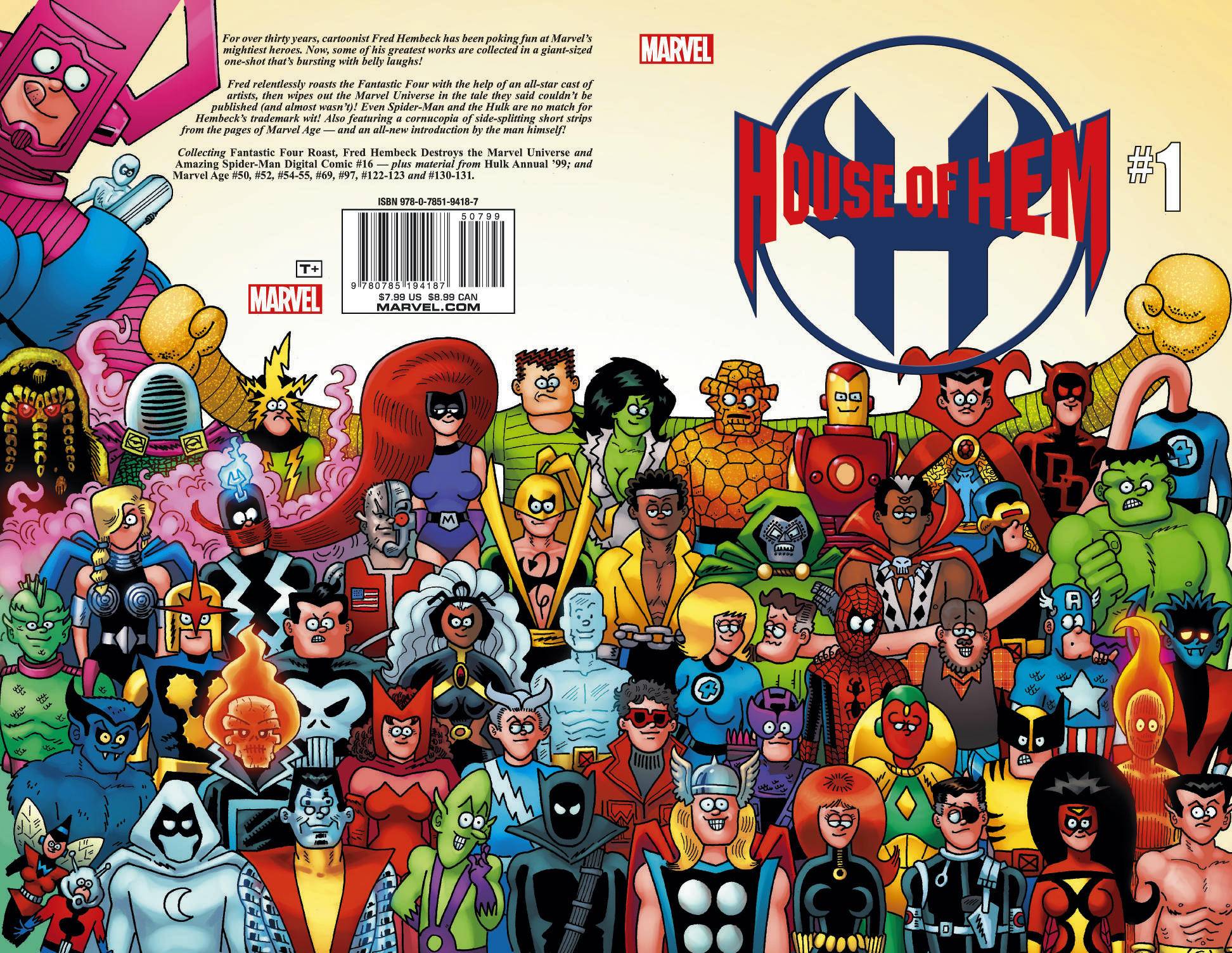 #
APR150869
(W) Fred Hembeck, Jim Shooter (A) Joe Staton, Vince Colletta (A/CA) Fred Hembeck
• For over thirty years, cartoonist Fred Hembeck has been poking fun at Marvel's mightiest heroes. Now, some of his greatest works are collected in a giant-sized one-shot that's bursting with belly laughs!
•  Fred relentlessly roasts the Fantastic Four with the help of an all-star cast of artists!
•  Fred wipes out the Marvel Universe in the tale they said couldn't be published (and almost wasn't)!
•  Even Spider-Man and the Hulk are no match for Hembeck's trademark wit!
•  Plus: a cornucopia of side-splitting short strips from the pages of Marvel Age - and an all-new introduction by the man himself!
•  Collecting FANTASTIC FOUR ROAST, FRED HEMBECK DESTROYS THE MARVEL UNIVERSE and AMAZING SPIDER-MAN DIGITAL COMIC #16 - and material from HULK ANNUAL '99; and MARVEL AGE #50, #52, #54-55, #69, #97, #122-123 and #130-131.
Rated T+
In Shops: Jun 03, 2015
SRP: $7.99