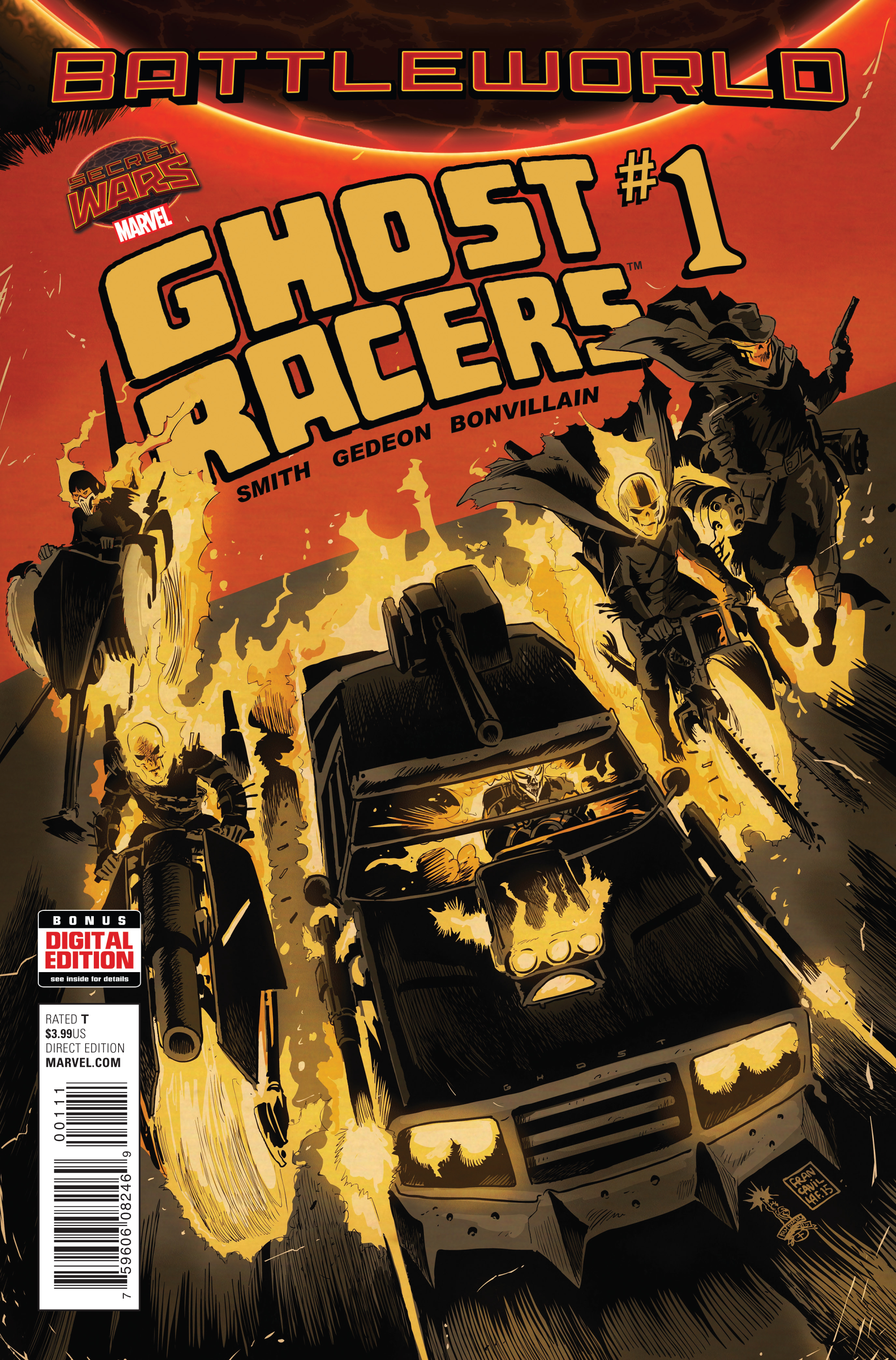 APR150734
(W) Felipe Smith (A) Juan Gedeon (CA) Francesco Francavilla
FURIOUS RACE FROM HELL IN A BLAZING ARENA OF HORROR!!!
•  Welcome to the scorching-hot track where cursed souls race at the speed of sin, anything and everything goes and the only rule is no rule--it's the spectacle known as the GHOST RACES; the most hellish "entertainment" known to BATTLEWORLD!
•  1st place prize: Temporary freedom from the ARENA, but what happens to the unlucky and unholy losers?
•  It's all-out, high-speed warfare among the most bizarre and vicious GHOST RIDERS of the MARVEL UNIVERSE. Expect MANY familiar SKULLS!!
Rated T
In Shops: Jun 10, 2015
SRP: $3.99
View All Items In This Series