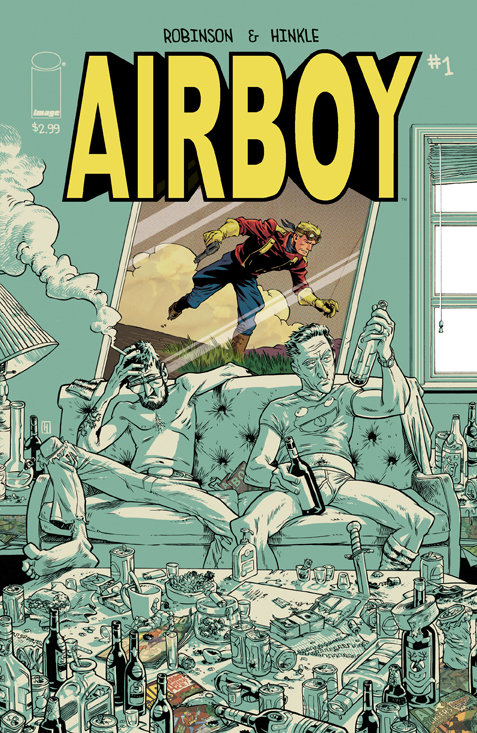 When acclaimed comics author JAMES ROBINSON (Starman, Fantastic Four) is hired to write a reboot of the 1940s action hero Airboy, he's reluctant to do yet another Golden Age reboot. Just what the hell has happened to his career-?! His marriage?! His life?! Hey, it's nothing that a drink can't fix.

It's after one such night of debauchery with artist GREG HINKLE that the project really comes into its own. Quite literally. Because Airboy himself appears to set the two depraved comic book creators on the straight and narrow.
But is the task too much for our hero?