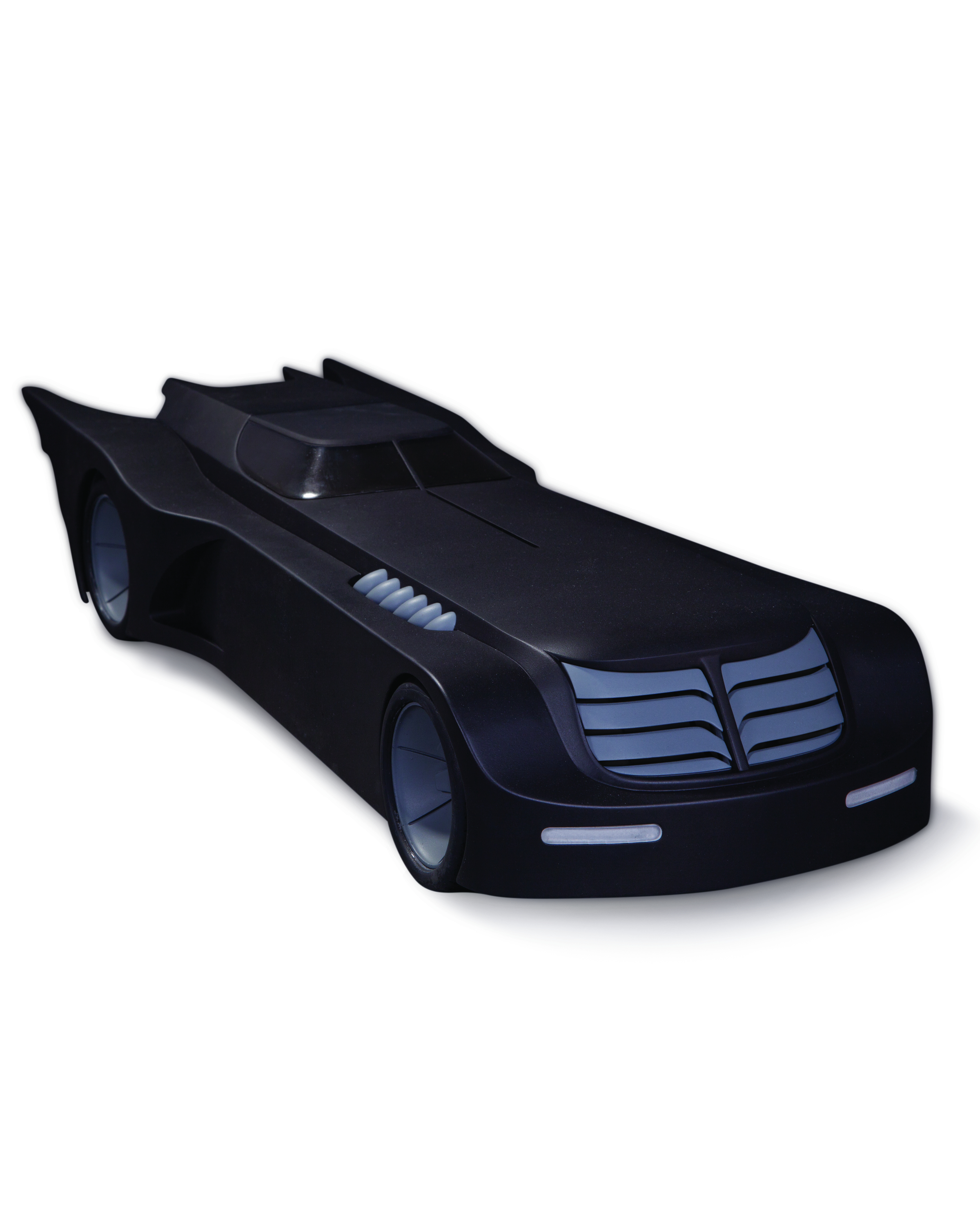 APR150335
Racing out of the Emmy Award-winning BATMAN: THE ANIMATED SERIES and into your home comes the Batmobile! This replica of the Dark Knight's ride perfectly captures the sleek look from the television series.
Features working exterior and interior lights and is scaled to fit two 6" action figures from the line.
No Bat-fan's fan-cave is complete without it!
24" long
Batteries not included. Takes 3 (three) AA batteries.
In Shops: Oct 21, 2015
SRP: $99.95