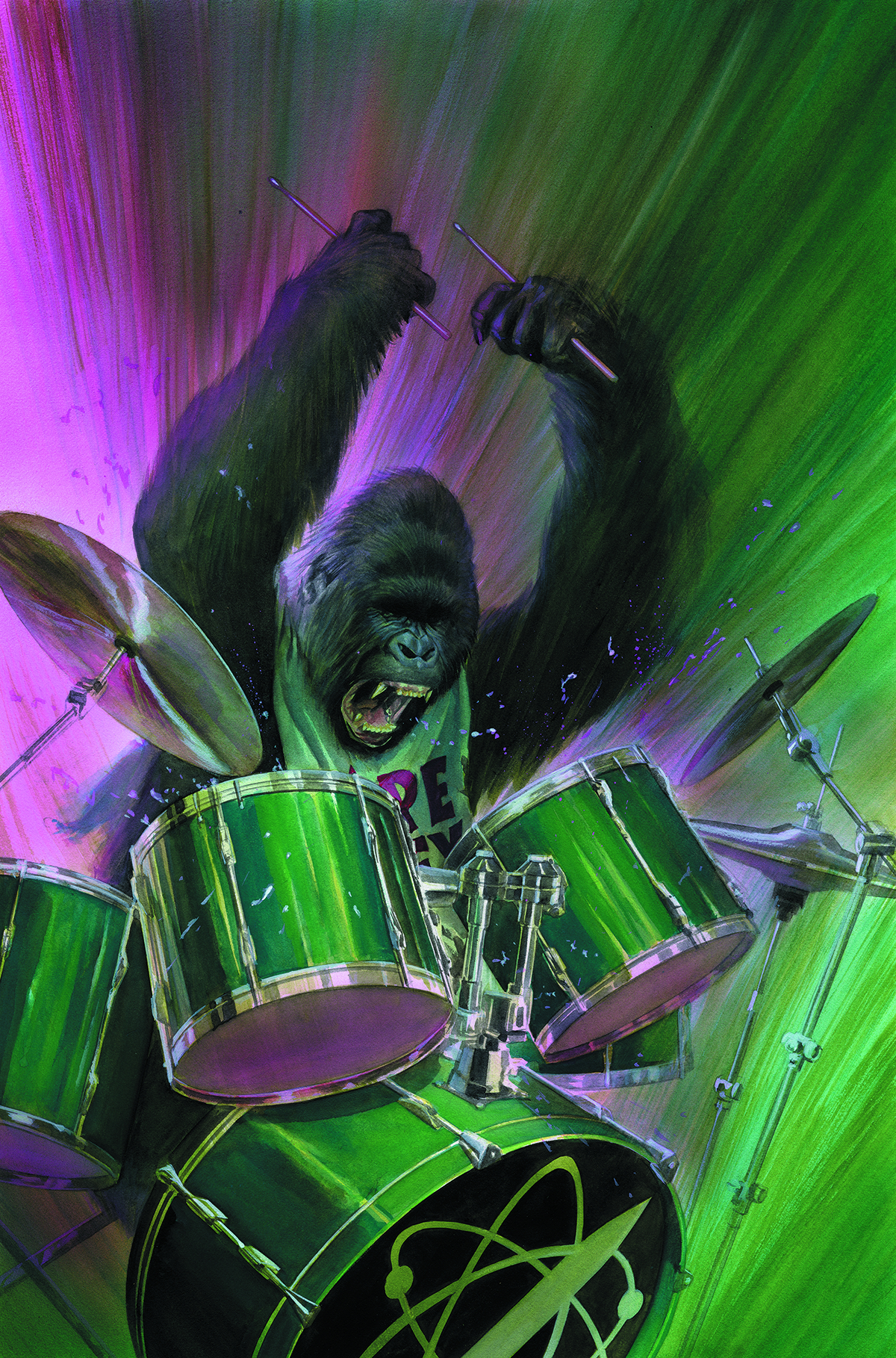 APR150313
(W) Kurt Busiek (A) Brent Eric Anderson (CA) Alex Ross
It's hard to be a talking ape in the big bad city. Especially when you set out to be a drummer and became a super hero instead. But will that
be enough? Can fame and adventure replace lifelong dreams? Do we even have to ask? Featuring Reflex 6, Samaritan and a few surprises.
In Shops: Jun 17, 2015
SRP: $3.99
View All Items In This Series
ORDER WISH LIST