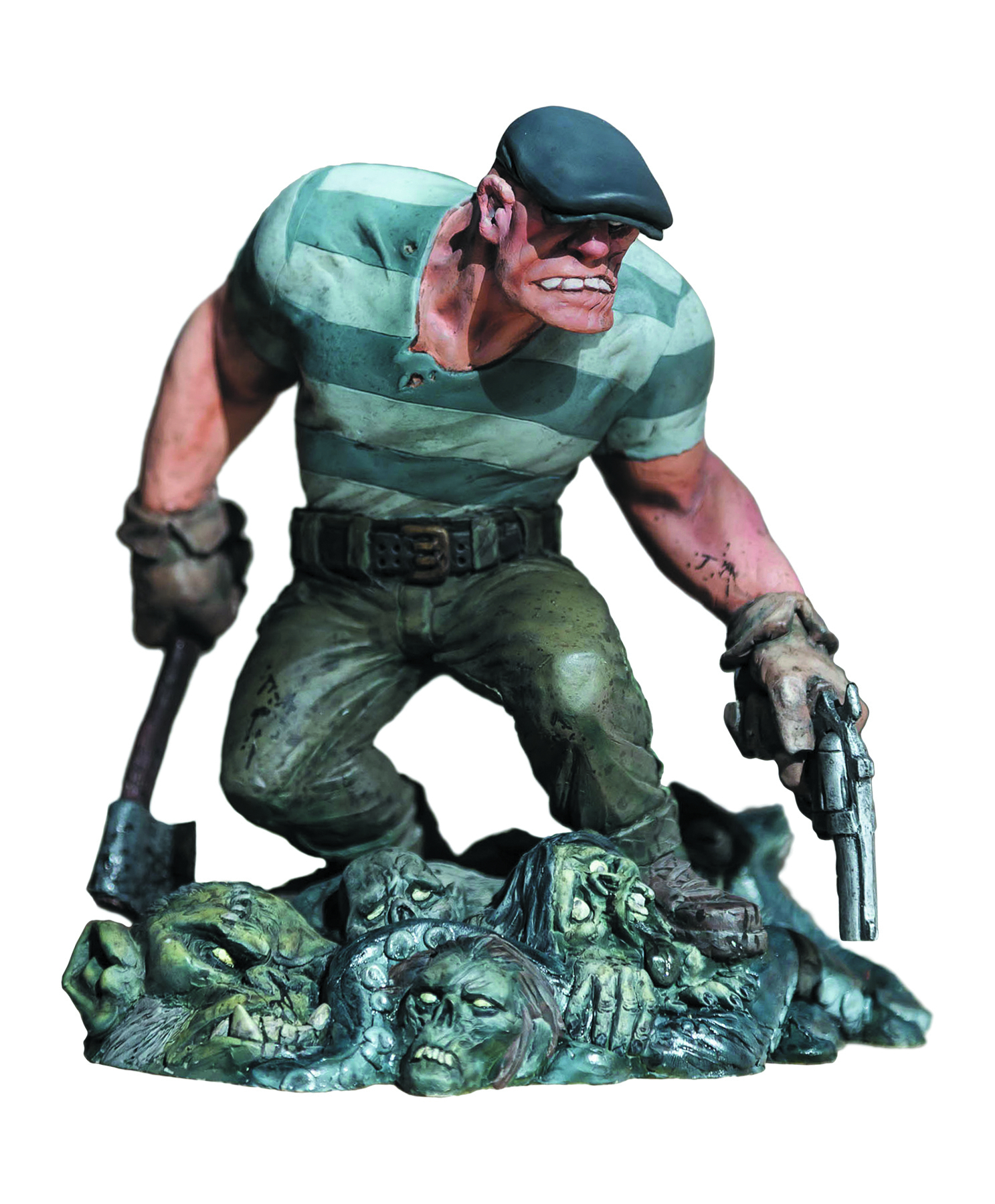 APR150077
In 2012, Blur Studios, Dark Horse Entertainment, and Eric Powell successfully funded a Kickstarter campaign for a feature-film-length story reel based on Powell's beloved characters from The Goon. A limited-edition faux-bronze statue was created as an incentive, which was sculpted by Sean McNally. Now we are offering a full-color version for Powell's growing legion of fans.
In Shops: Sep 23, 2015
SRP: $150.00
ORDER WISH LIST