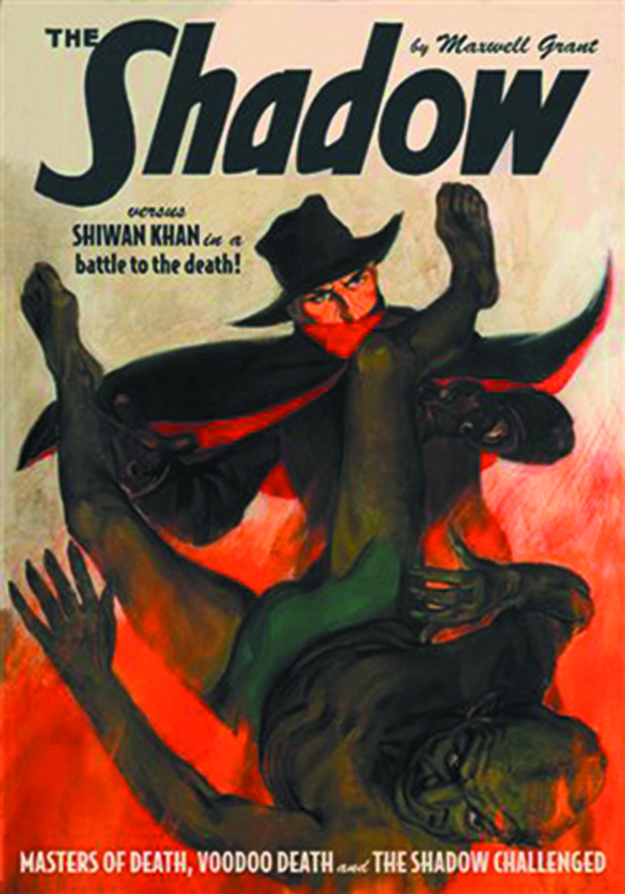 APR141581
(W) Maxwell Grant, Walter B. Gibson, Will Murray, Anthony Tollin (A) Edd Cartier, Paul Orban (CA) Graves Gladney, Modest Stein
The Knight of Darkness battles murderous supervillains in two thrilling pulp novels by Walter B. Gibson. First, The Shadow wages a final battle against his greatest enemy, Shiwan Khan, in "Masters of Death." Then, savage drums promise eerie menace when Professor MacAbre attempts to bring "Voodoo Death" to The Shadow and Margo Lane! Plus, a murderous Shadow uses the power of invisibility for evil and sets a deadly trap for Lamont Cranston in "The Shadow Challenged." Which Shadow will have the last laugh?
In Shops: Jun 11, 2014
SRP: $14.95
View All Items In This Series
ORDER SUBSCRIBE WISH LIST