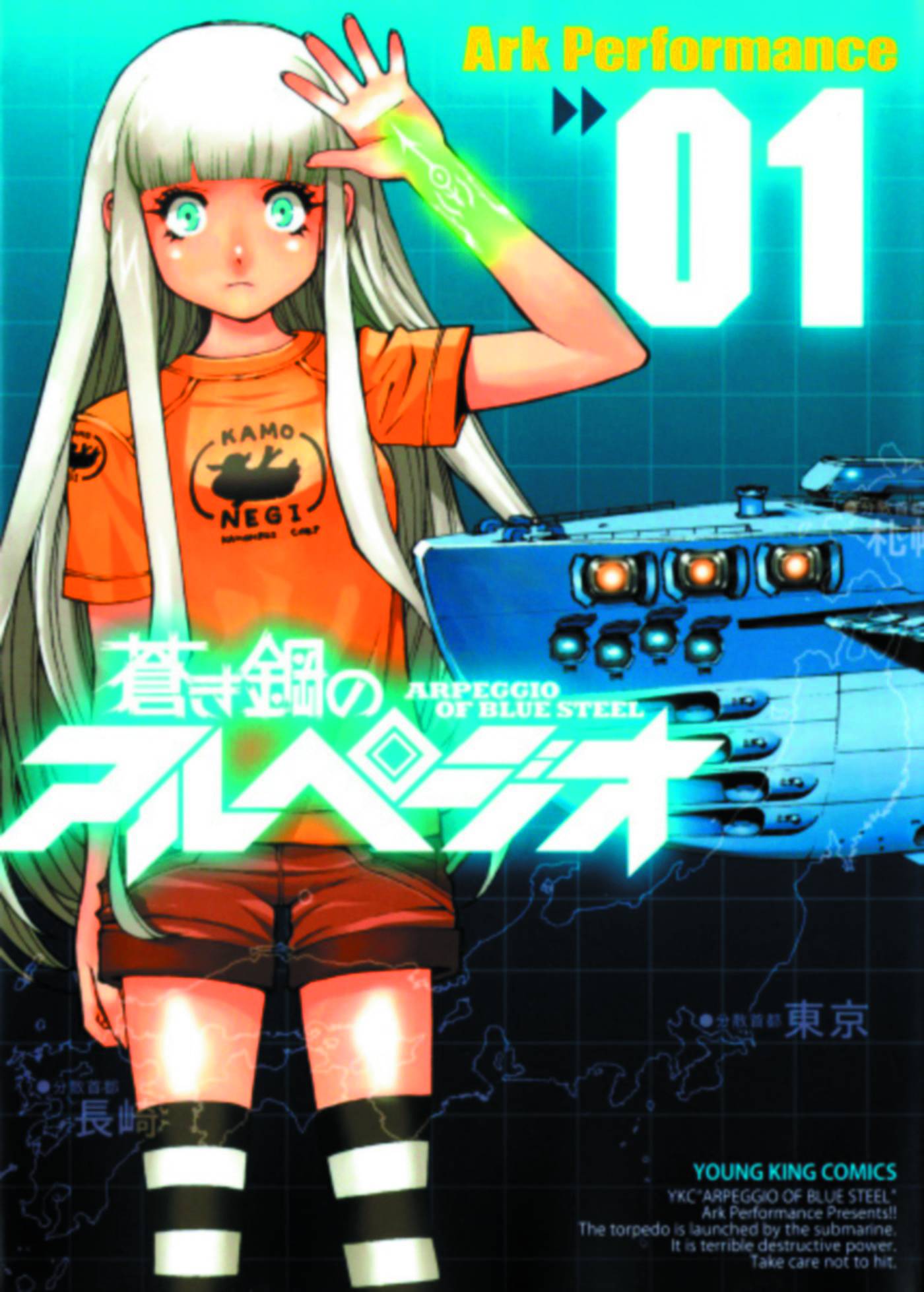 #
APR141349
(W) Ark Performance (A/CA) Ark Performance
For fans of Attack on Titan, a near-future series where humanity's hope lies in creating a sentient superweapon: a girl able to transform into a deadly submarine. In the early 21st century, the majority of Earth's landmass is submerged due to rising sea levels. Enter the Fleet of Fog, a host of sentient alien battleships of unknown origin who easily devastate Earth's naval forces. Humanity is now on the verge of extinction, and the Blue Steel fleet may be humanity's last chance to fight off the alien invaders. The Blue Steel fleet happens to contain a secret weapon that could turn the tide of war: a mysterious I-401 submarine that can transform into a girl.
In Shops: Jul 02, 2014
SRP: $12.99
View All Items In This Series
ORDER SUBSCRIBE WISH LIST