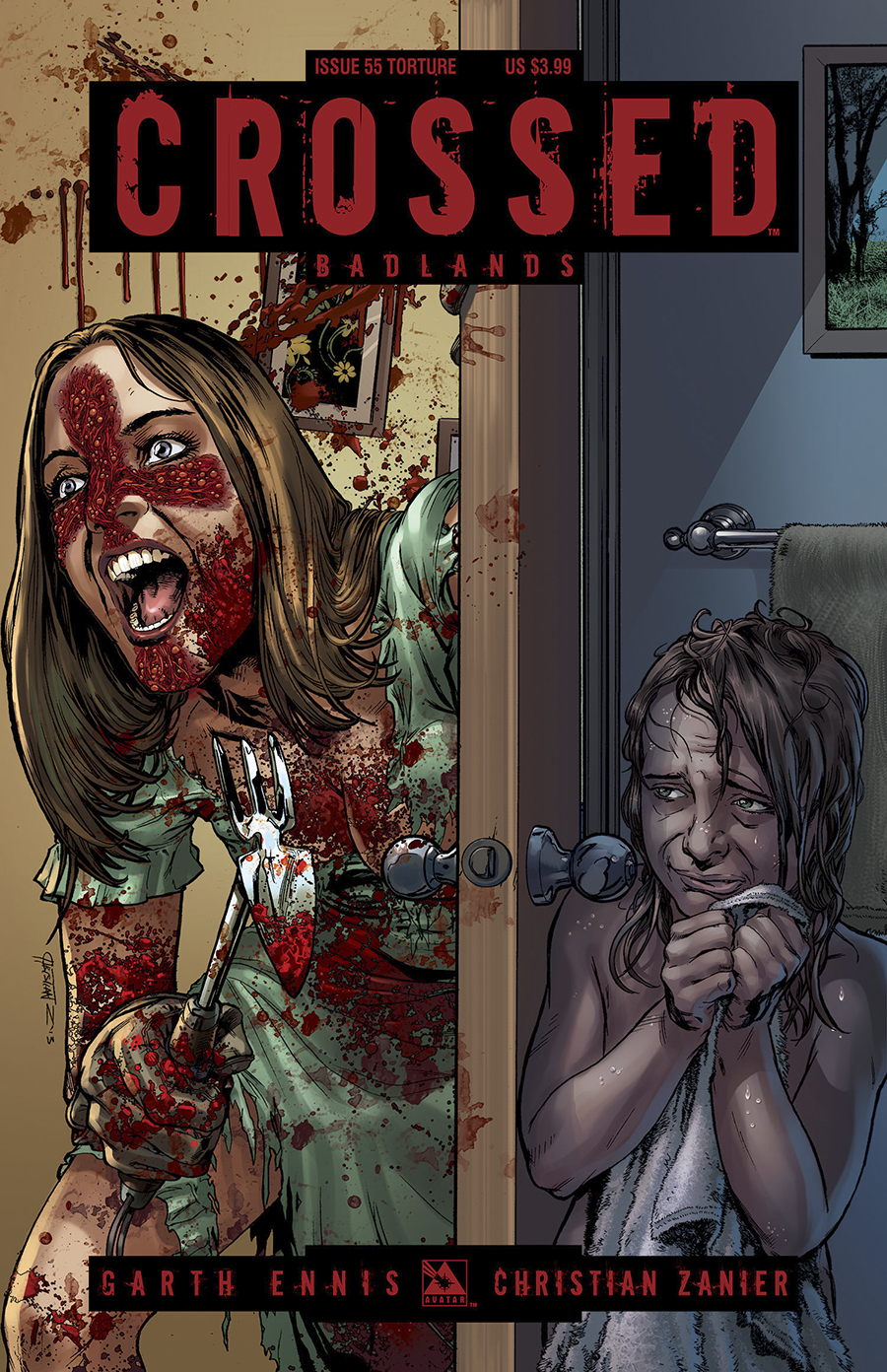 APR140901
(W) Garth Ennis (A/CA) Christian Zanier
GARTH ENNIS has redefined horror with the grueling bloody world of Crossed.  In this penultimate issue of "The Thin Red Line" we trace the steps of C-Day, the horrific event that turned the planet into a charnel house.  As the last vestiges of the global governments attempt to identify and contain the rapidly spreading plague, a group of soldiers are sent on a desperate mission to avoid nuclear Armageddon in the middle of what appears to be the End of Days.  Crossed fans have waited over five years for this story... to finally have some glimpse at the cause of the outbreak.  But be warned...once you see these images of depravity, you can't unsee them... no matter how badly they scar you.  Available with Regular,Torture,and Red Crossed Incentivecovers by Christian Zanier, a Fatale Fantasy cover by Matt Martin and aWraparound cover by Gabriel Andrade.
In Shops: Jun 11, 2014
SRP: $3.99
View All Items In This Series