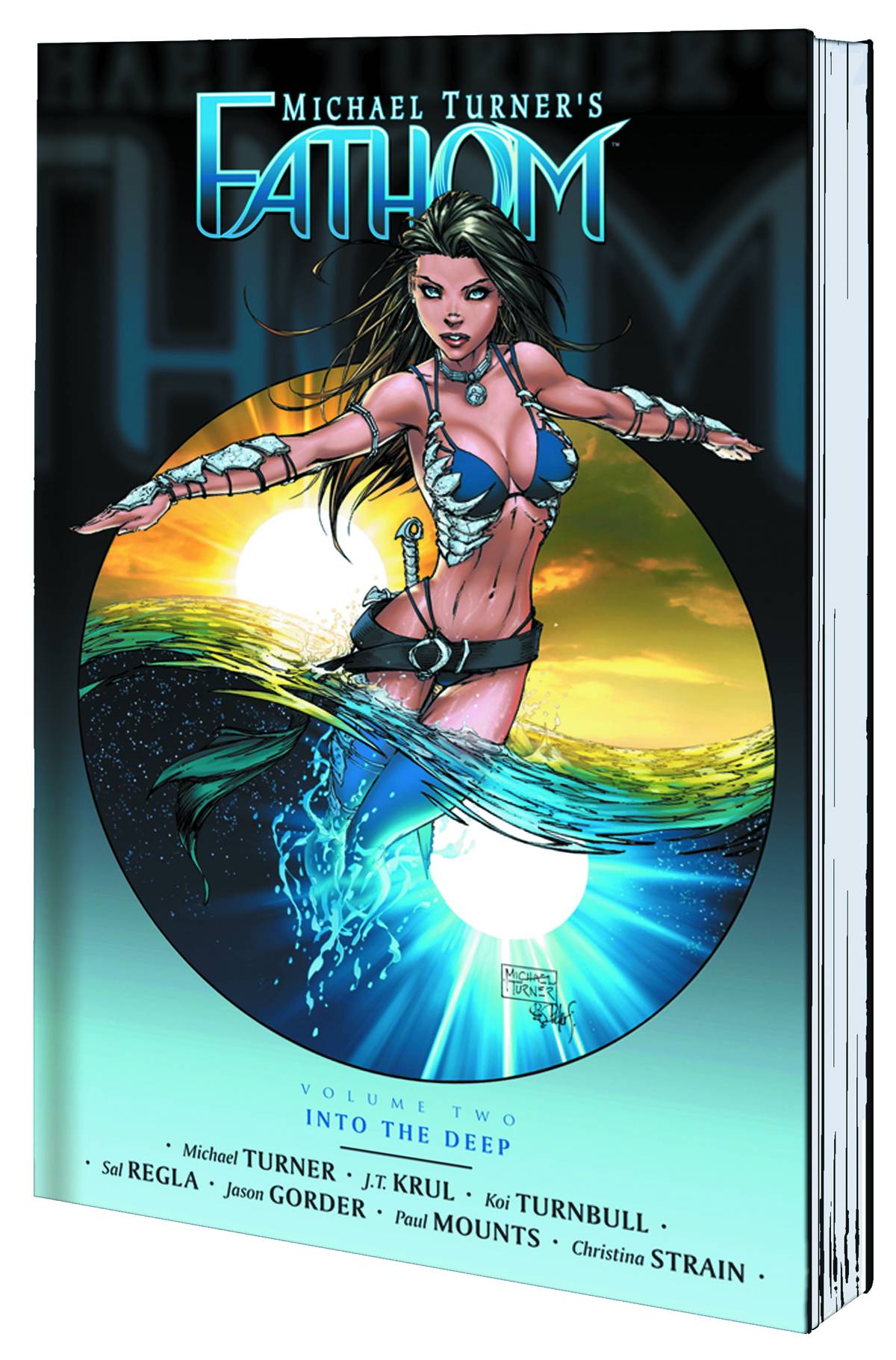 #
APR140879
(W) J. T. Krul (A) Koi Turnbull (CA) Michael Turner
Worlds collide when the might of the bloodthirsty Admiral Maylander and the United States military declare war on the Blue civilizations nestled deep under the ocean's surface. Following the classic events of the original Fathom series, this second thrilling volume finds underwater biologist Aspen Matthews struggling to accept the startling reality of her true identity ? all in the midst of an all-out war between the humans and the Blue!
Collecting together the sold out Fathom: Beginnings and #0 issue, as well as issues #1 though #11. And if that's not enough, we included a complete cover gallery featuring artwork by none other than Fathom creator Michael Turner! This complete Fathom Volume 2 2nd Printing Edition is a must for any Aspen, Fathom, Michael Turner, or comic book fan!
In Shops: Mar 23, 2016
SRP: $29.99
View All Items In This Series
ORDER WISH LIST