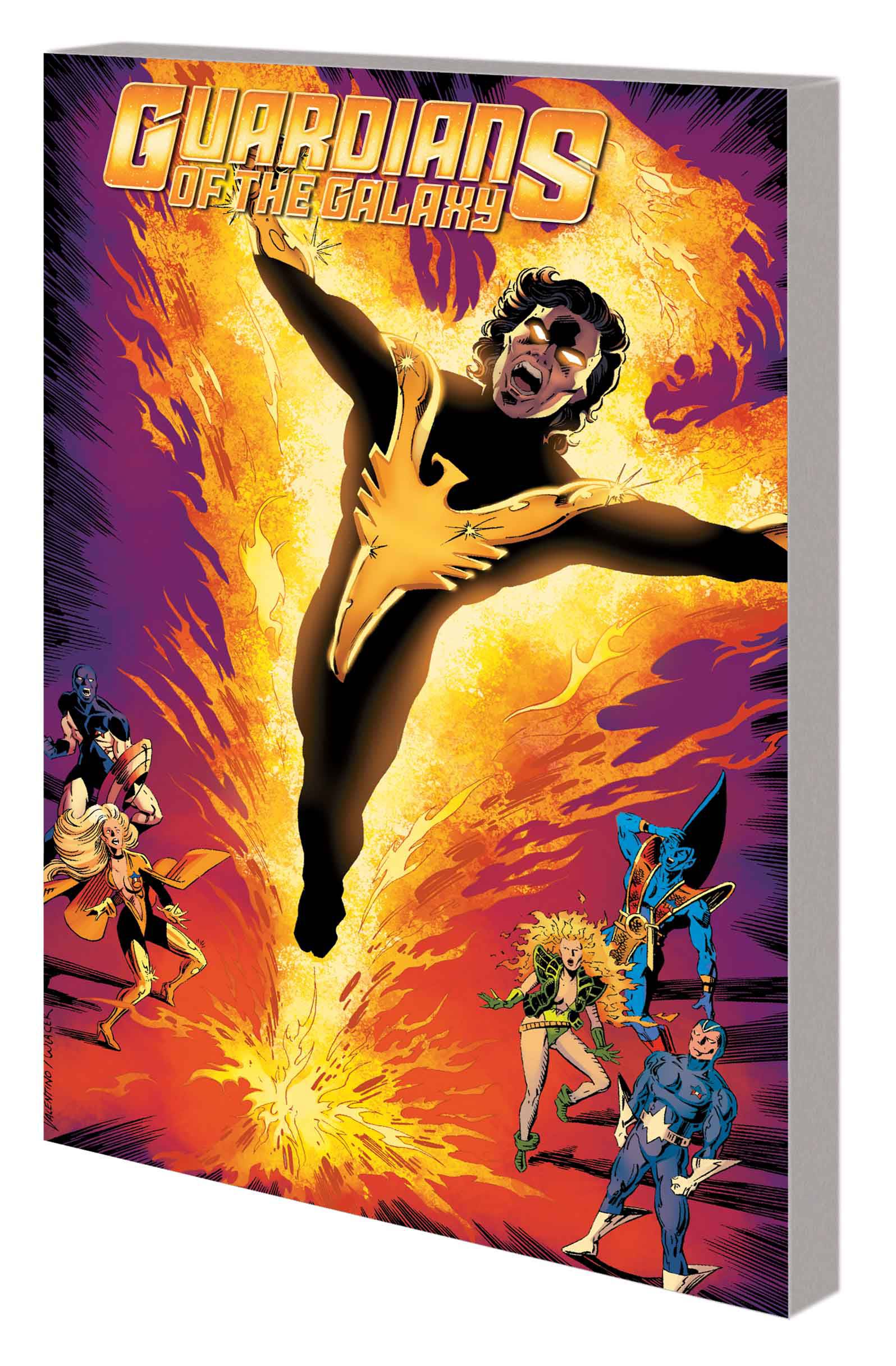 #
APR140788
(W) Jim Valentino (A/CA) Jim Valentino
Just in time for the blockbuster film, Marvel offers up a second helping of classic Guardians tales by industry icon Jim Valentino! The original Guardians of the Galaxy land on the World of Mutants, but soon wind up in the middle of a violent rebellion against Wolverine's descendant Rancor! And to make matters worse, there's a Dark Phoenix on the loose! Hope they survive the experience! Then it's off to rescue Firelord, a cosmic clash with Ghost Rider and the debut of the mysterious Protégé -culminating in an epic battle with the Punisher of the 31st century. Wait, did we say Punisher? More like Punishers - a whole army of them! Plus: a major turning point in the life of Vance Astrovik! Who is Major Victory? Collecting GUARDIANS OF THE GALAXY (1990) #8-20.
In Shops: Jul 09, 2014
SRP: $34.99
View All Items In This Series