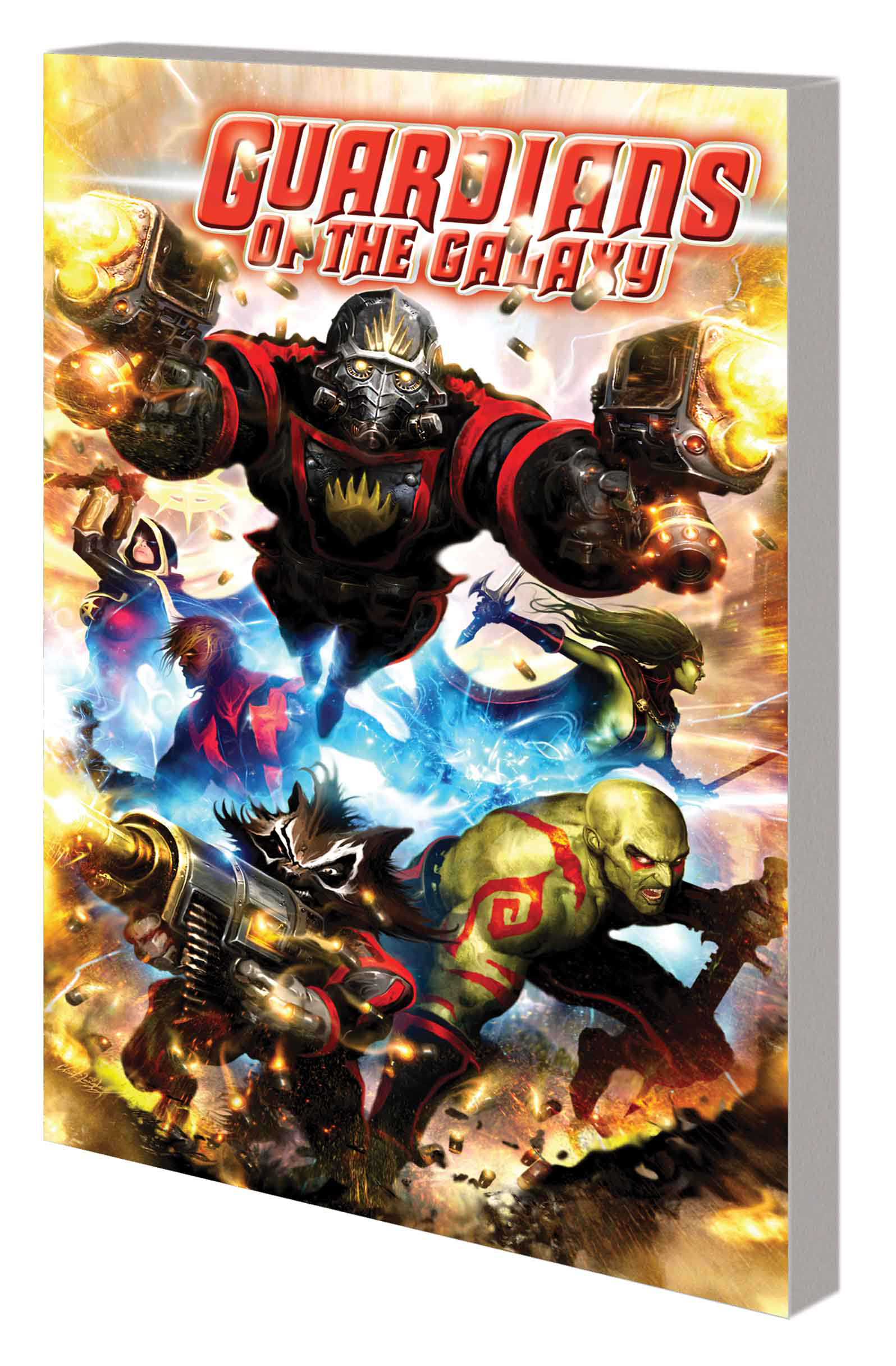 APR140786
(W) Dan Abnett, Andy Lanning (A) Various (CA) Clint Langley
With the fabric of the universe torn, all that stands between us and invading horrors is a team of cosmic misfits. Led by Star-Lord, the newly minted Guardians of the Galaxy include a who's who of the mightiest - and most bizarre - protectors the stars have ever seen! Rocket Raccoon, Drax the Destroyer, Groot, Gamora, Adam Warlock, Mantis, the all-new Quasar, Cosmo the telepathic space dog and more take on the universe's most dangerous menaces - and have fun while doing it! But when Major Victory and Starhawk, two members of the Guardians of the future, make their explosive returns, is there more going on than meets the eye? And as the Skrulls' secret invasion tears the new team apart, who will guard the galaxy from the Church of Universal Truth, the Badoon and King Blastaar? Collecting GUARDIANS OF THE GALAXY (2008) #1-12.
In Shops: Jul 23, 2014
SRP: $34.99
View All Items In This Series
ORDER WISH LIST