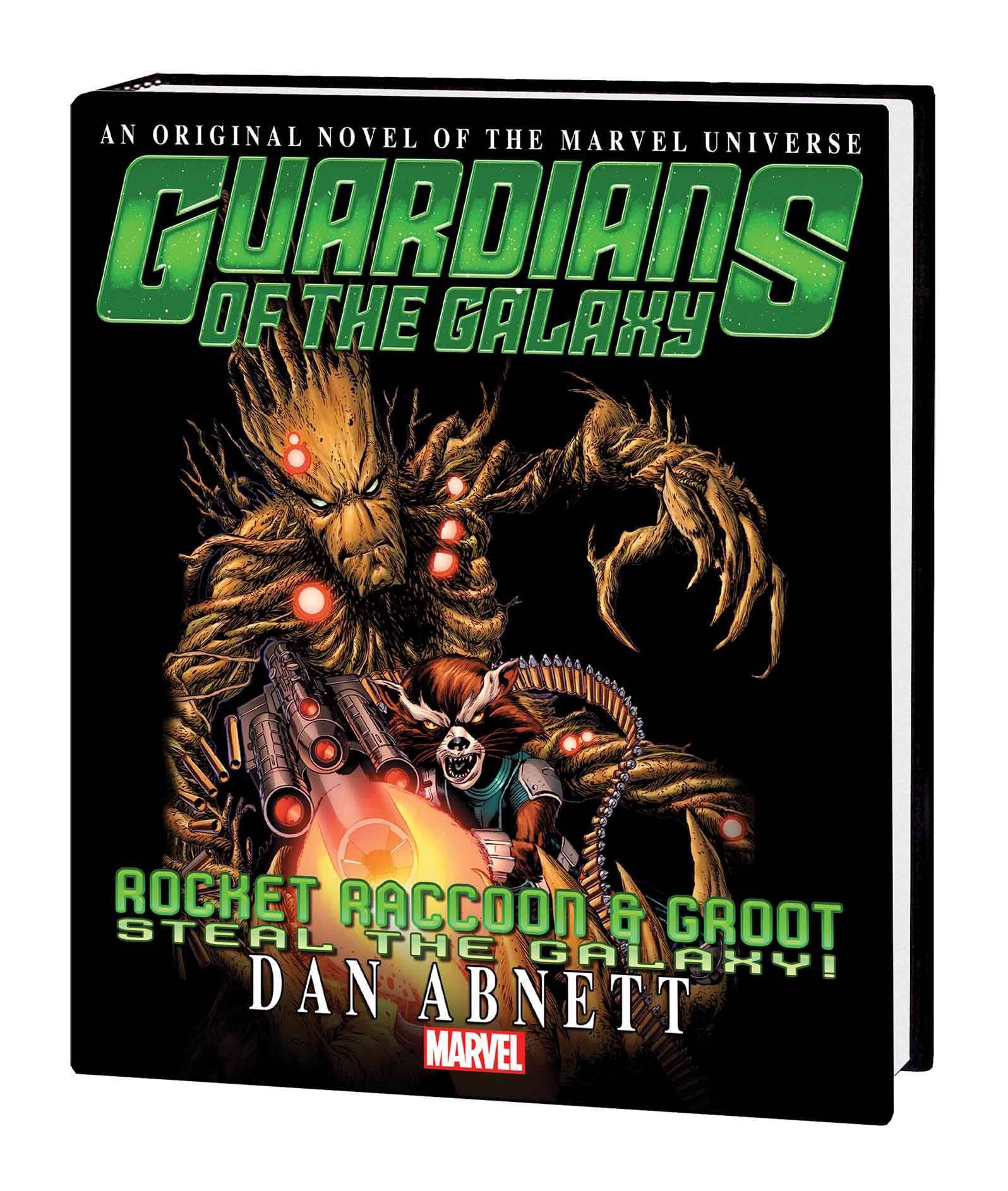 APR140785
(W) Dan Abnett (A) Various, Mike Perkins
Marvel's first original prose novel, featuring the stars of Guardians of the Galaxy! These are not the Avengers or the Fantastic Four - in fact, they're barely even famous - but Rocket Raccoon and the faithful Groot are the baddest heroes in the cosmos, and they're on the run across the Marvel Universe! During a spaceport brawl, the infamous pair rescues an android Recorder from a pack of alien Badoons. Everyone in the galaxy, however, including the ruthless Kree Empire and the stalwart Nova Corps, seems to want that Recorder, who's about as sane as a sandwich with no mustard. Join Rocket and Groot on a free-for-all across the stars while they try to save all of existence - again!
In Shops: Jul 02, 2014
SRP: $24.99