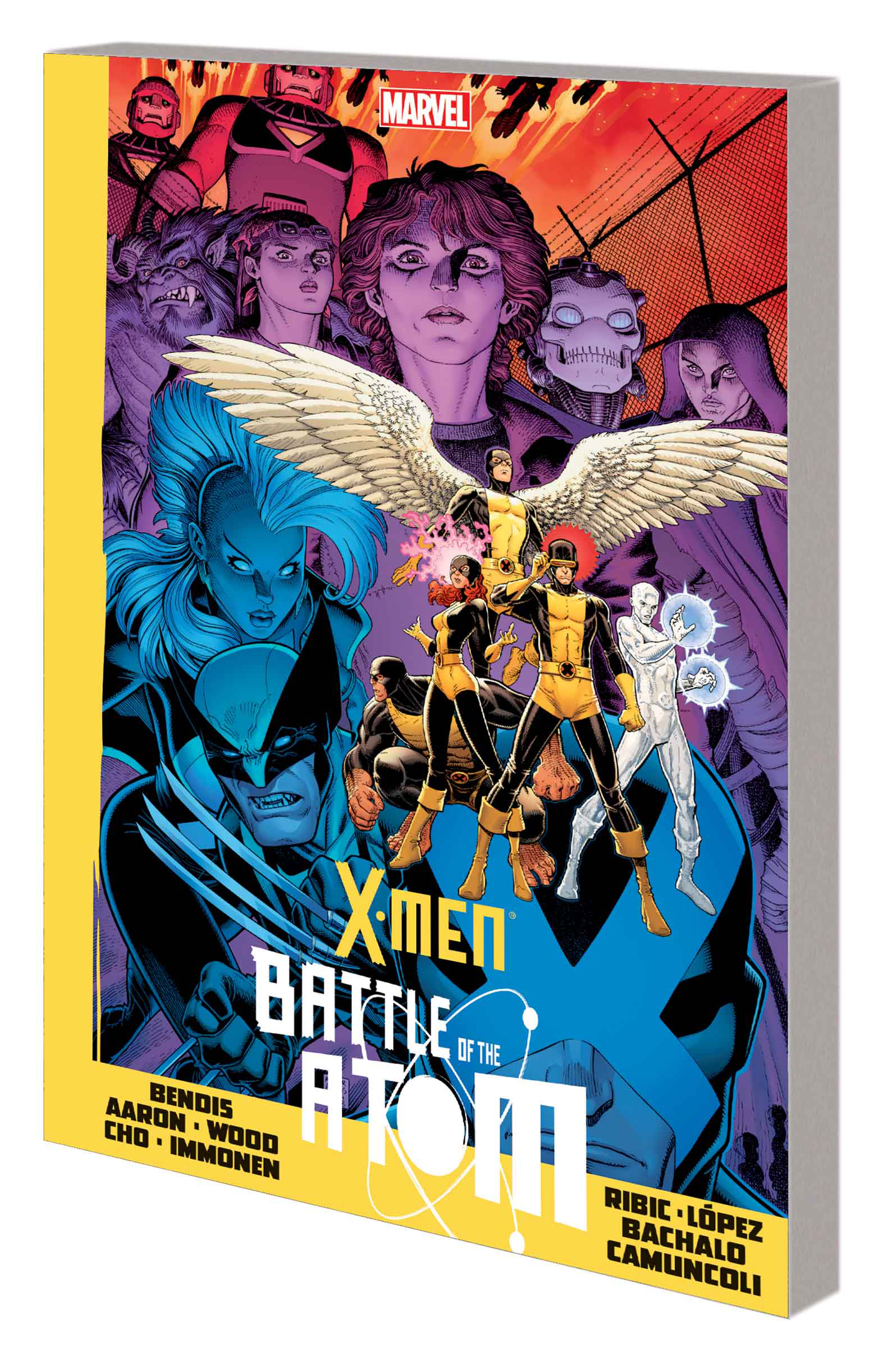 APR140781
(W) Brian Michael Bendis, Jason Aaron, Brian Wood (A) Various (CA) Arthur Adams
The X-Men's past, present and future collide in an uncanny event 50 years in the making! In a desperate bid to save Xavier's dream, the Beast brought the original X-Men forward to the present. Now, with the timeline - and all of existence - endangered by their presence, they must go back. But faced with the horror of what fate would have in store for them, young Cyclops and Marvel Girl are intent on staying and forging their own destiny. And as debate rages and tempers flare, the X-Men of the future arrive with a dire warning, seeking to prevent history's greatest mistake! Celebrate the X-Men's 50th anniversary with a time-twisting epic for the ages! Collecting X-MEN: BATTLE OF THE ATOM #1-2, ALL-NEW X-MEN #16-17, X-MEN (2013) #5-6, UNCANNY X-MEN (2013) #12-13 and WOLVERINE & THE X-MEN #36-37.
In Shops: Jul 09, 2014
SRP: $34.99
ORDER WISH LIST