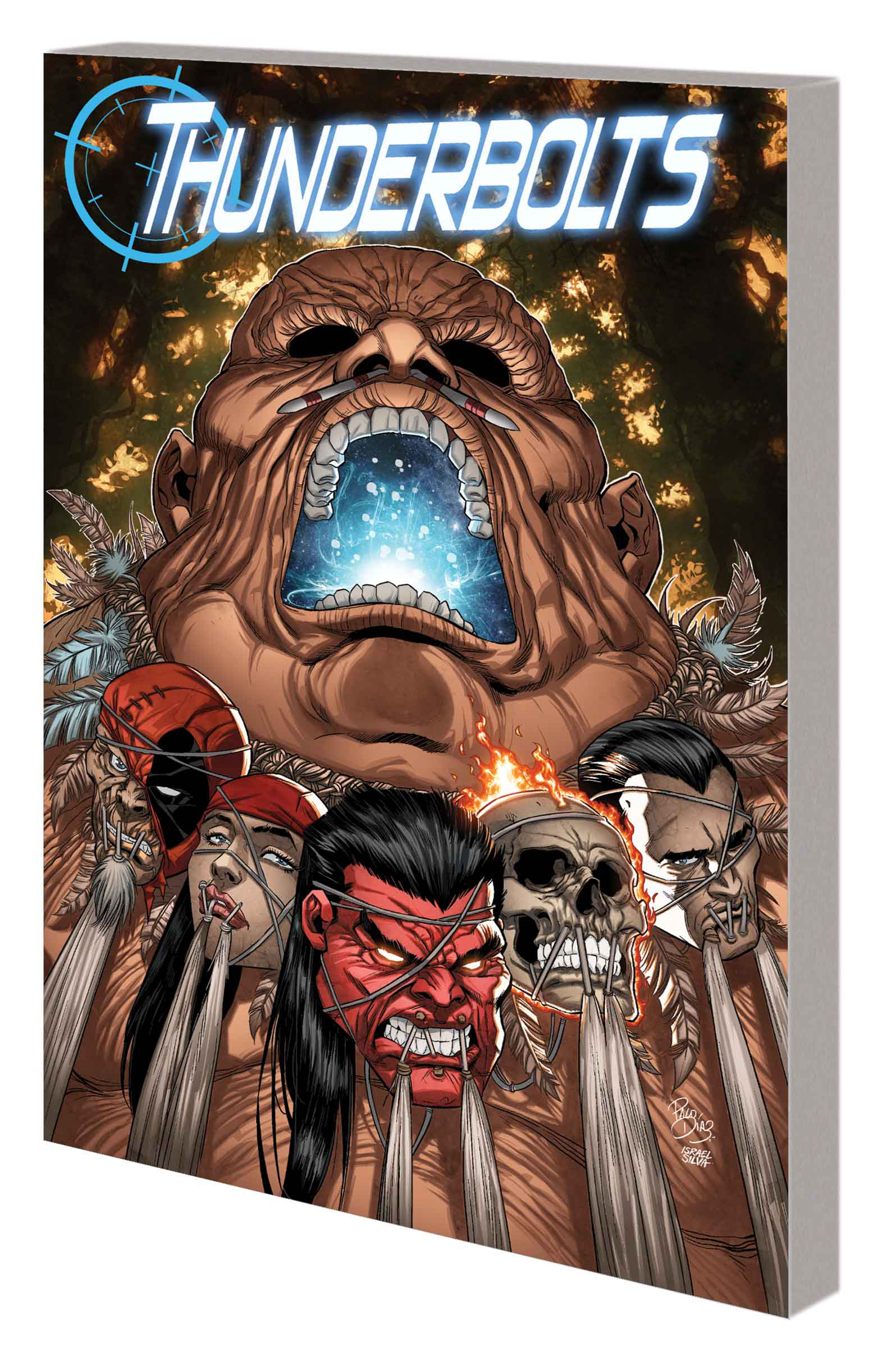 APR140780
(W) Charles Soule (A) Carlo Barberi (A/CA) Paco Diaz Luque
Ghost Rider joins the Thunderbolts! General Ross's T-Bolts were brought together to clean up the problems that no one else could, but what happens when the problem is on the team? The seemingly all-powerful madwoman called Mercy has gone too far, slaughtering innocent people to fulfill her twisted mission of mercy. Who can the team turn to for help taking down this powerhouse? How about Johnny Blaze, the original Ghost Rider? Can he save the team before it all goes, quite literally, to hell? And if not, will the team be willing to make a deal to put Mephisto back on his throne?! Then, the Thunderbolts battle Venom! When an ancient cosmic power corrupts a former ally, the T-Bolts must travel deep into a Central American jungle. But can they take him down before time runs out? Collecting THUNDERBOLTS (2012) #20-26.
In Shops: Jul 23, 2014
SRP: $19.99
View All Items In This Series