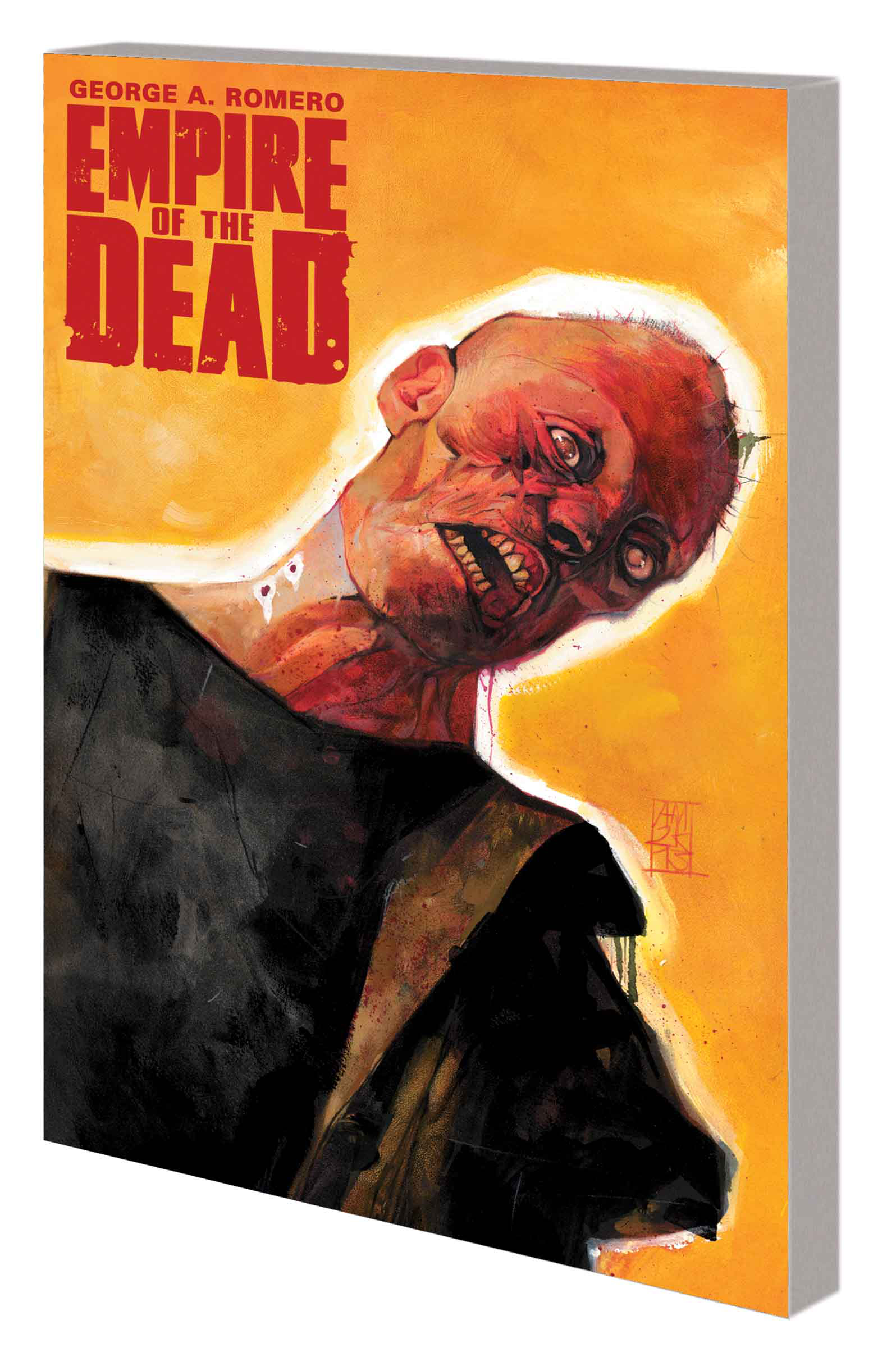 APR140769
(W) George A. Romero (A/CA) Alex Maleev
Zombie godfather George Romero unleashes his next undead epic - as an all-new Marvel comic! Welcome to New York City years after the undead plague has erupted - but just because Manhattan has been quarantined, don't think that everyone inside is safe! Not only do flesh-eaters roam the city, but another ancient predator has taken a bloody bite out of the Big Apple: Vampires rule! But which strange bedfellows are plotting against Mayor Chandrake? Who is the firecracker known as Dixie Peach? Are New York's zombies evolving, and how does undead former cop Xavier fit in? And in the pit of the bloody Circus Maximus, can anything stop the unchained fury of the zombie gladiator known as Zanzibar? It's zombies vs. vampires - with humans caught in the crossfire! Collecting GEORGE ROMERO'S EMPIRE OF THE DEAD: ACT ONE #1-5.
In Shops: Jul 23, 2014
SRP: $19.99