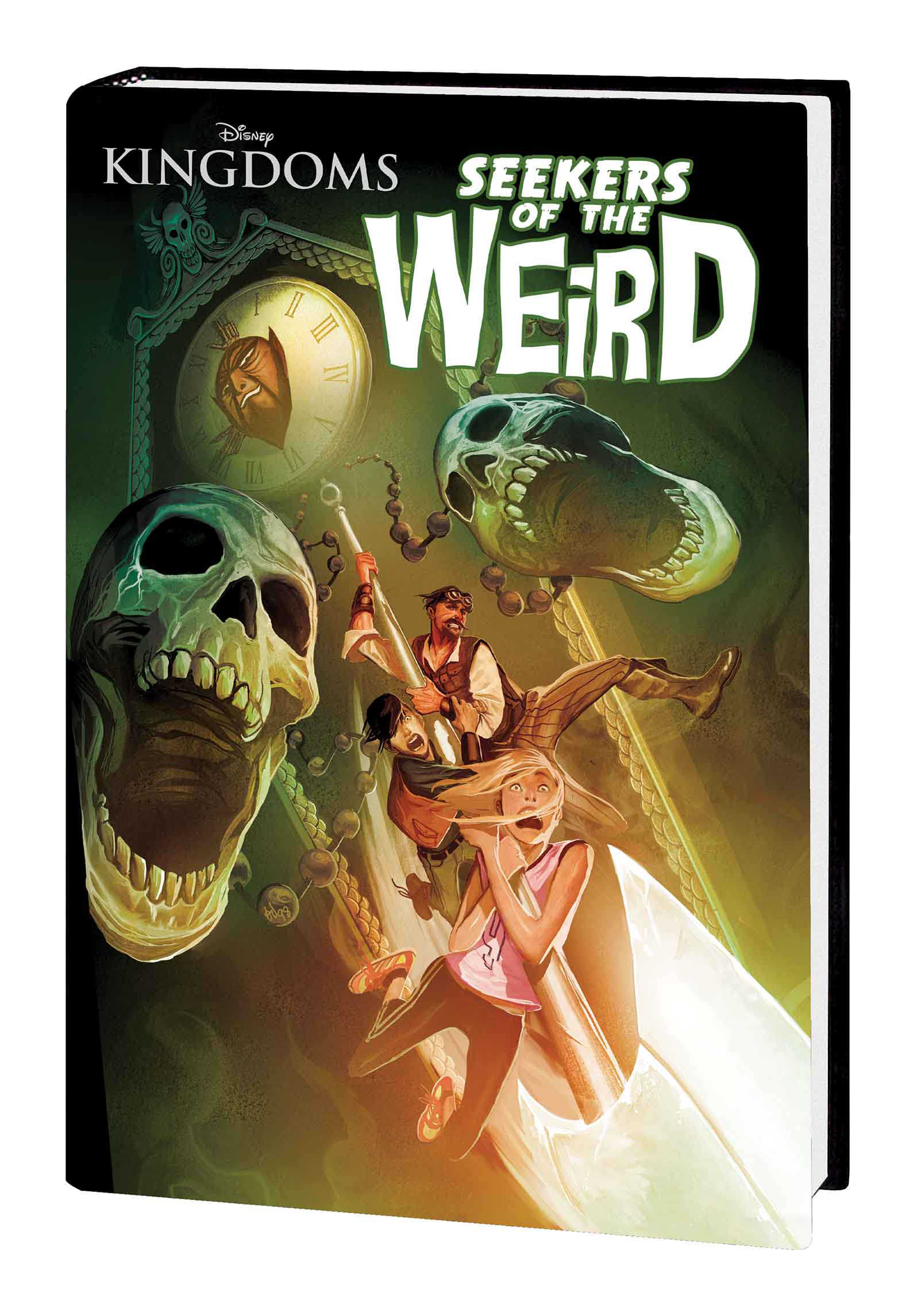 APR140768
(W) Brandon Seifert (A) Karl Moline, Filipe Andrade (CA) Michael Del Mundo
Includes a Forward by Disney Legend Rolly Crump
An all-new adventure inspired by Disney's legendary, but never built, Museum of the Weird! When their parents are kidnapped, teens Maxwell and Melody Keep are thrust into a thrilling race through the world's most strange and dangerous museum as they unite with their swashbuckling uncle to save their family and the world from an evil secret society! What lurks within the Wardens' Library, and what is the Walking Chair? Who is the Shadow Society, and why do they want the Coffin Clock? In a catacomb of Mushroom People and a Séance Room under glass, our heroes discover the truth about the Museum - and their own destinies! Envisioned by famous Imagineer Rolly Crump for Walt Disney in 1965, the Museum of the Weird's innovative designs remained on Crump's drawing board - until now! Collecting DISNEY KINGDOMS: SEEKERS OF THE WEIRD #1-5.
In Shops: Jul 23, 2014
SRP: $24.99