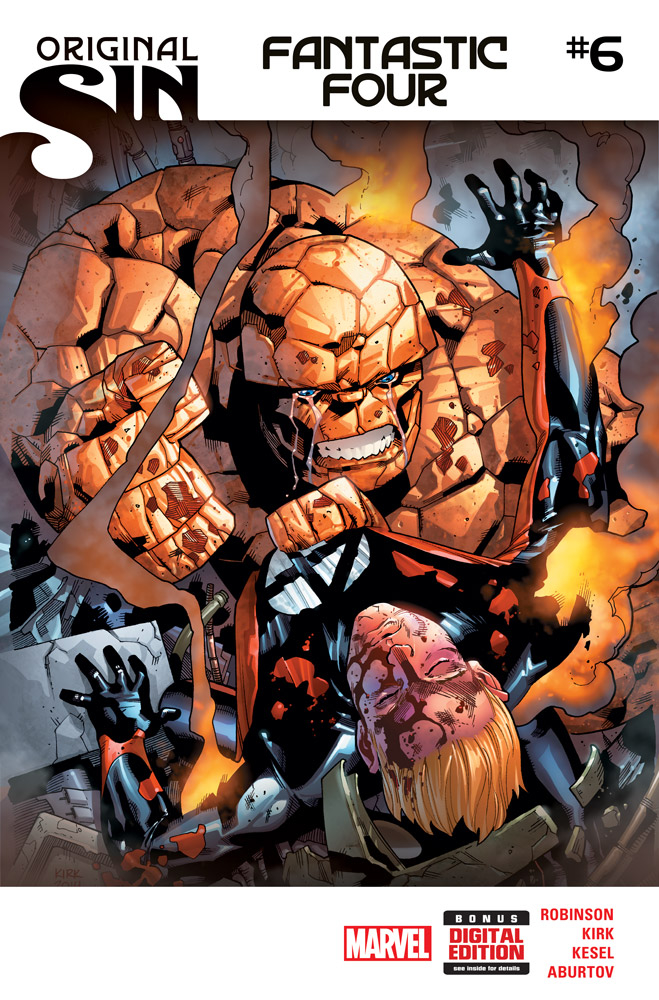 APR140634
(W) James Robinson (A) Karl Kesel, Dean Haspiel, Nolan Woodard (A/CA) Leonard Kirk
EVERYBODY HAS ONE...
They were the best of friends since that fateful trip into the cosmic unknown. The day the Fantastic Four were born, they became a family. Cosmic explorers - forever united. Johnny Storm became the high-flying, hot-headed Human Torch. Ben Grimm, the hideous monster known as The Thing.
Super-Scientist Reed Richards has tried time and again to reverse Grimm's condition. Each and every time was met with failure. But there was a time when he possessed a device that held the key to permanently curing The Thing - until Johnny inadvertently destroyed it! Reed has kept Johnny's secret for as long as he could - but now it's about to get out!
What will Ben do when he discovers that one of his closest friends and steadfast ally condemned him to a life sentence as a monster? It won't be pretty. The fall of the first family continues as the Original Sin of the Fantastic Four is revealed!
In Shops: Jun 25, 2014
SRP: $3.99
View All Items In This Series