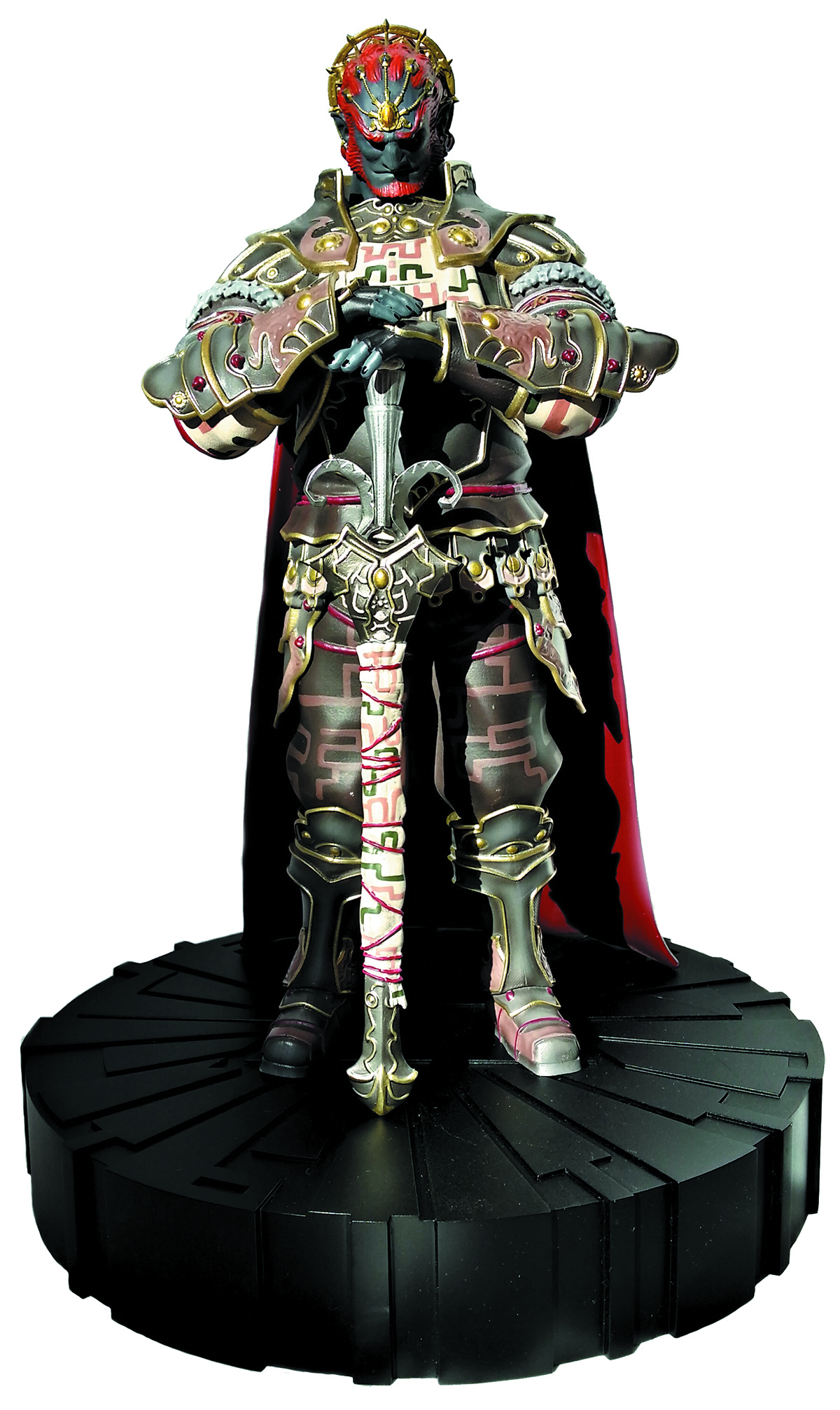 APR140116
"Ganondorf was the leader of a band of thieves who invaded Hyrule in the hopes of establishing dominion over the Sacred Realm. He was known as a demon thief, an evil-magic wielder renowned for his ruthlessness . . . "- Ancient Sage
Ganondorf figure measures 12" high on sculpted base.
Meticulously detailed and has been approved by Nintendo in Japan. Dark Horse has been named the exclusive North American distributor.