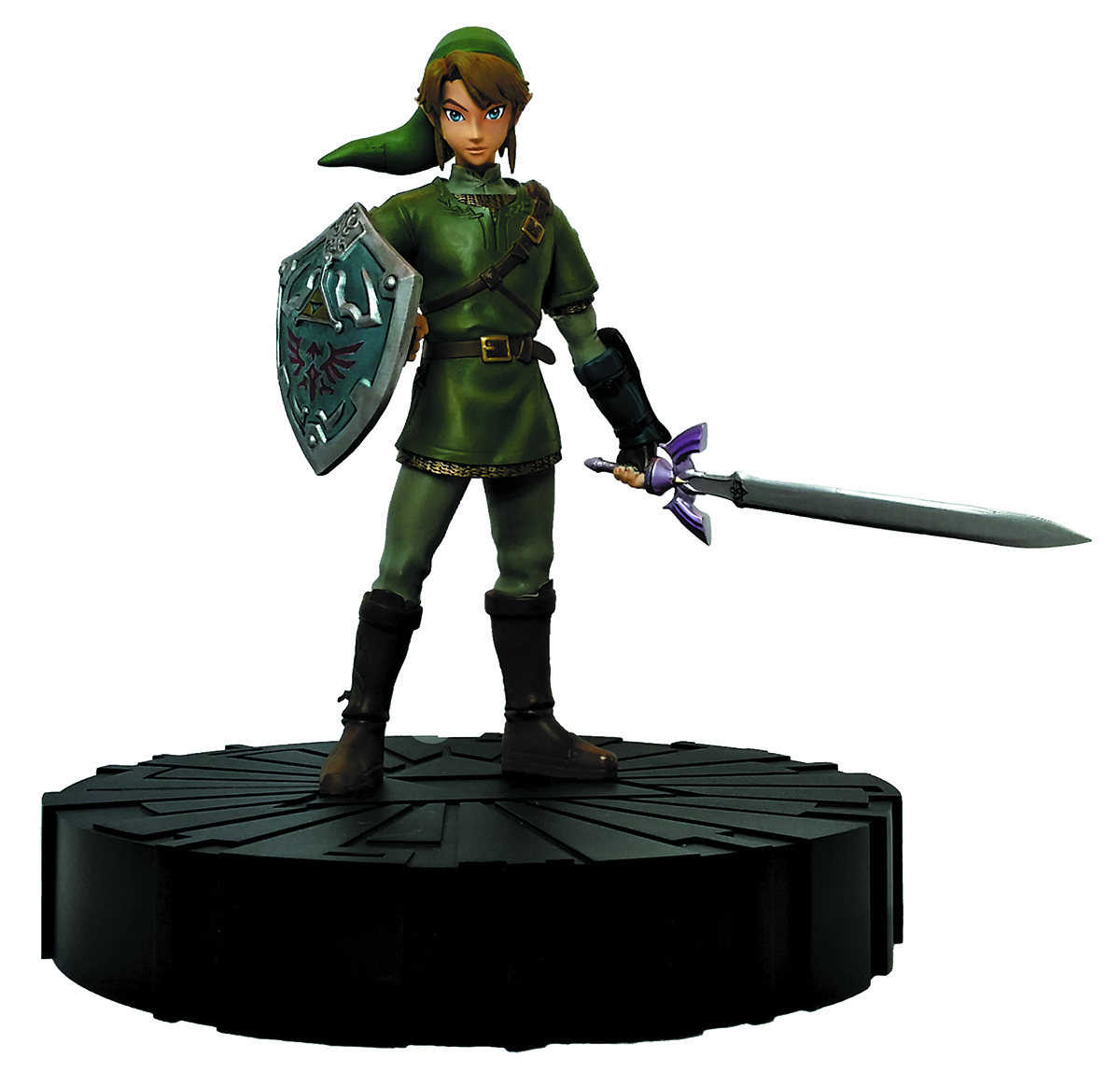 APR140115
Link is the main protagonist of the Legend of Zelda series. Adept with his sword, the Master Sword, he evolves through various versions of the game. This figure depicts Link as he appears in Twilight Princess. The Link figure measures 10" high on, sculpted base. Meticulously detailed and has been approved by Nintendo in Japan. Dark Horse has been named the exclusive North American distributor.