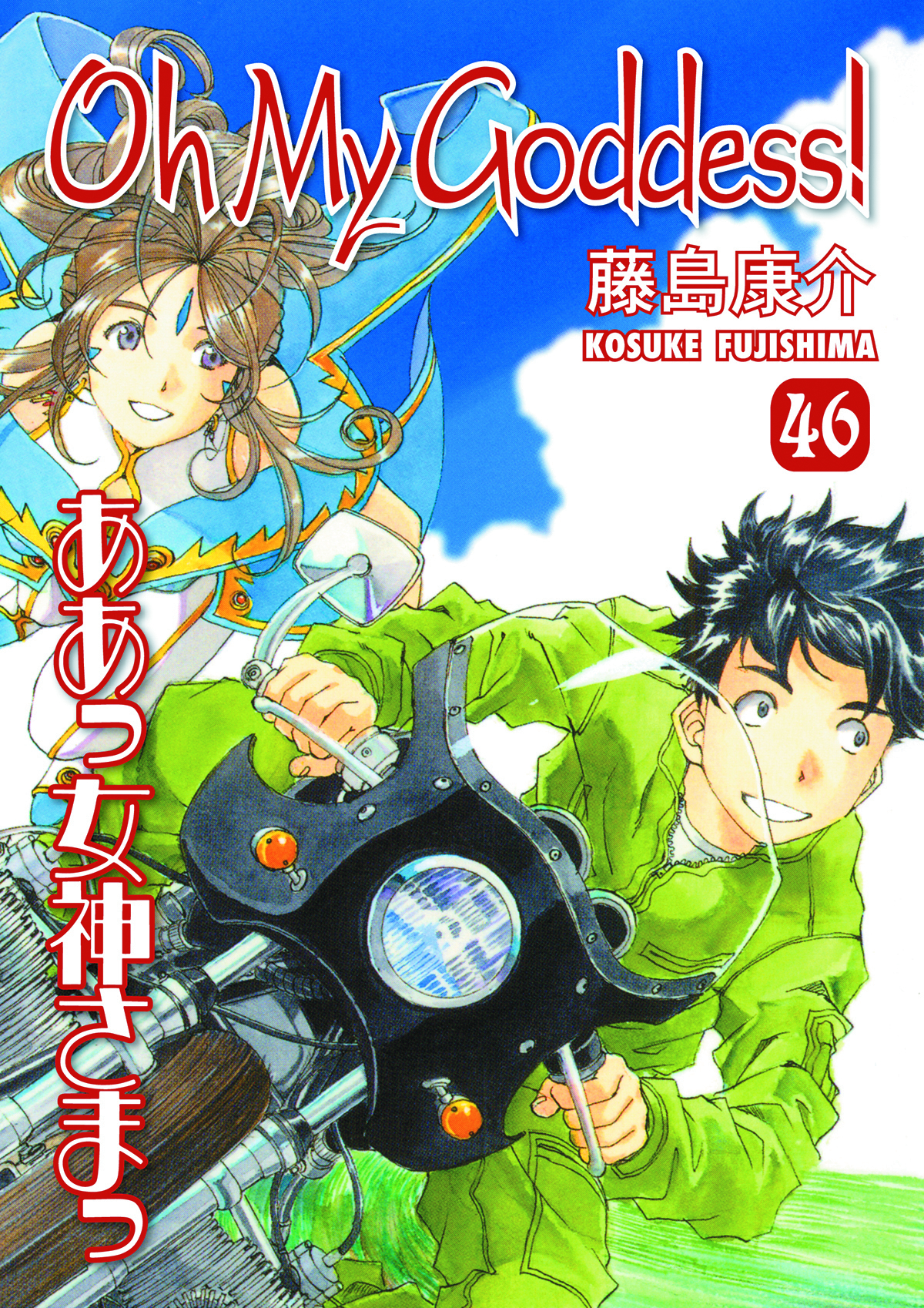 APR140088
(W) Kosuke Fujishima (A/CA) Kosuke Fujishima
Somewhere inside the Judgment Gate, the minstrel learns the sad truth about the lady of the lake. Happiness can defy their fate for a time . . . but in the end, it will only turn to sadness again. So Keiichi and Belldandy are told by the power above them-but a couple who've prevailed on Earth and in Hell aren't about to give up their love . . . even against Heaven!