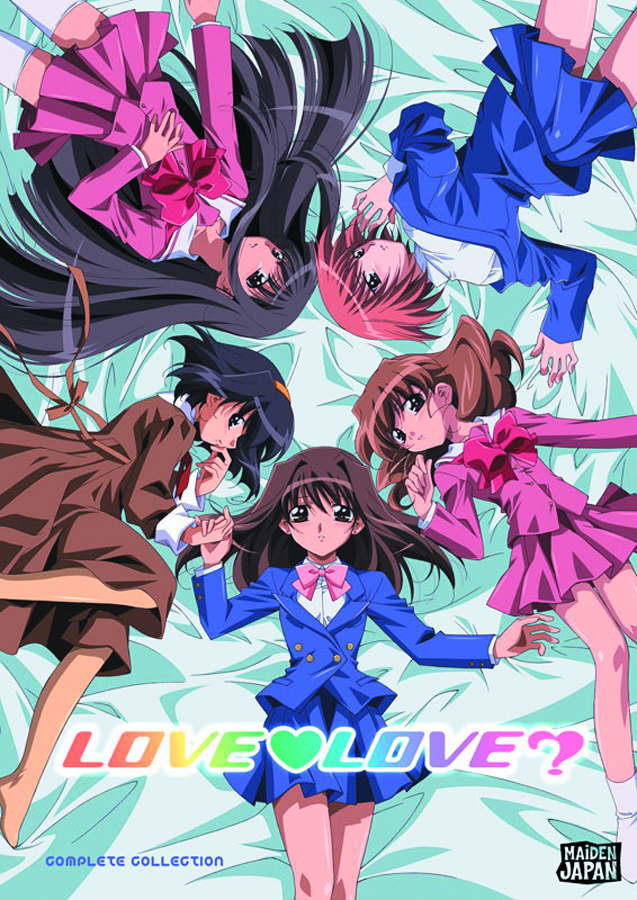 APR132264
From Maiden Japan! It's said that Heaven and Hell can be the same place, depending upon your situation, and Naoto Ooizumi is learning that lesson the hard way.  At only 17 years old, he's working on the set of Cosmopolitan Prayers (CosPrayers for short,) one of the hottest TV soaps on the air, and the girl of his dreams, Natsumi Magami, is playing the lead.  The problem: as much as he wants to start a relationship with her, he keeps getting romantically intercepted by the OTHER cute girls in the show.  It's not like they're just trying to stop a Naoto/Natsumi hook up.  They seem to be actively "interested" in the cute young man who's running the behind the scenes production camera!  But that's not the biggest twist, because unknown to anyone except the show's producer, Ooizumi isn't just a camera operator, he's also the show's writer!  So what do you do when you're able to put any words you want in the mouth of the girl you love, but you're contractually obligated to put similar things between the lips of the girls that love you?  The pros and cons abound as romance goes wildly off script in Love <3 Love?!