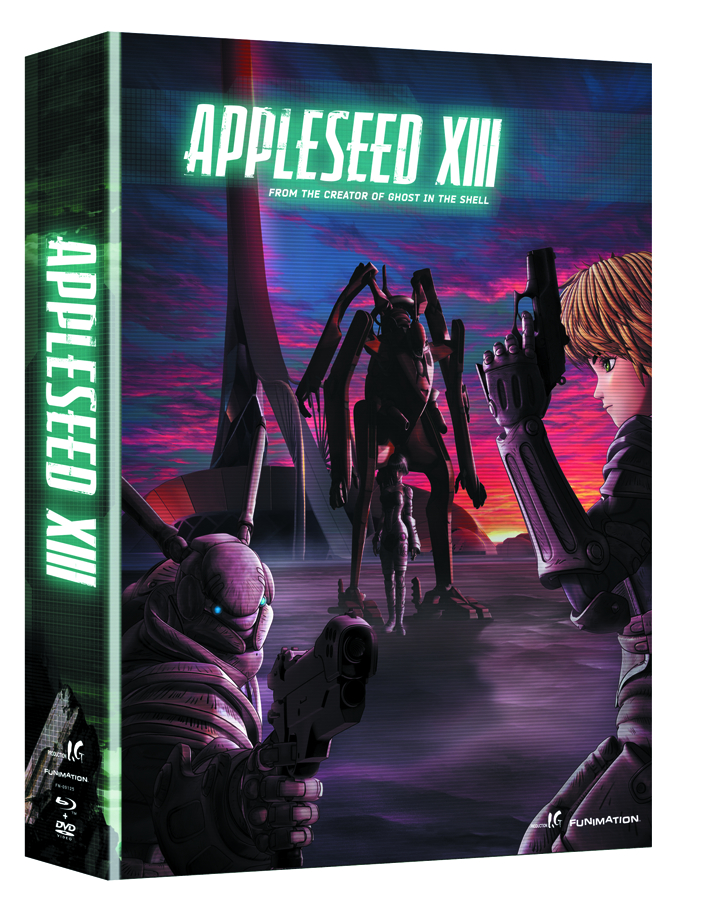 APR132255
From Funimation! Appleseed XIII is the 2011 Japanese CGI anime adaptation of Masamune Shirow's science fiction manga series Appleseed. Collecting all 13 episodes, the series revisits the exploits of ES.W.A.T. member Deunan and her cyborg partner Briareos. Produced by Jinni's Animation Studios in association with Production I.G and under the direction of Takayuki Hamana with Junichi Fujisaku as script supervisor, this is Appleseed as you've never seen it before! Available in Standard and Limited Edition Blu-Ray/DVD Combo Packs.