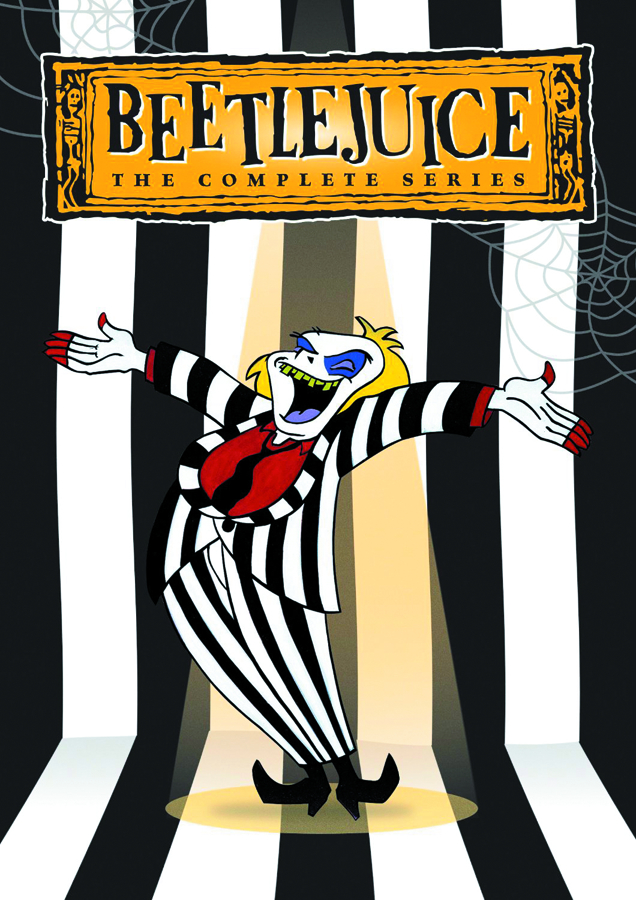 APR132246
From Shout! Factory! Beetlejuice is the name of a wild, bug-eating ghost from the "Netherworld", who's got a a bad habit of acting stupid, and a weakness for not working well with others. His best friend Lydia is a moral who, despite being best friends, is consistently getting pranks pulled on her by Beetlejuice! Trapped in the Netherworld, the only way Beetlejuice can visit the Outerworld (mortal world) is when his name is spoken aloud three times. But unfortunately for him, that's also the way to send him back! Set contains all 20 episodes from the 1980-81 animated series, from executive produce Tim Burton.