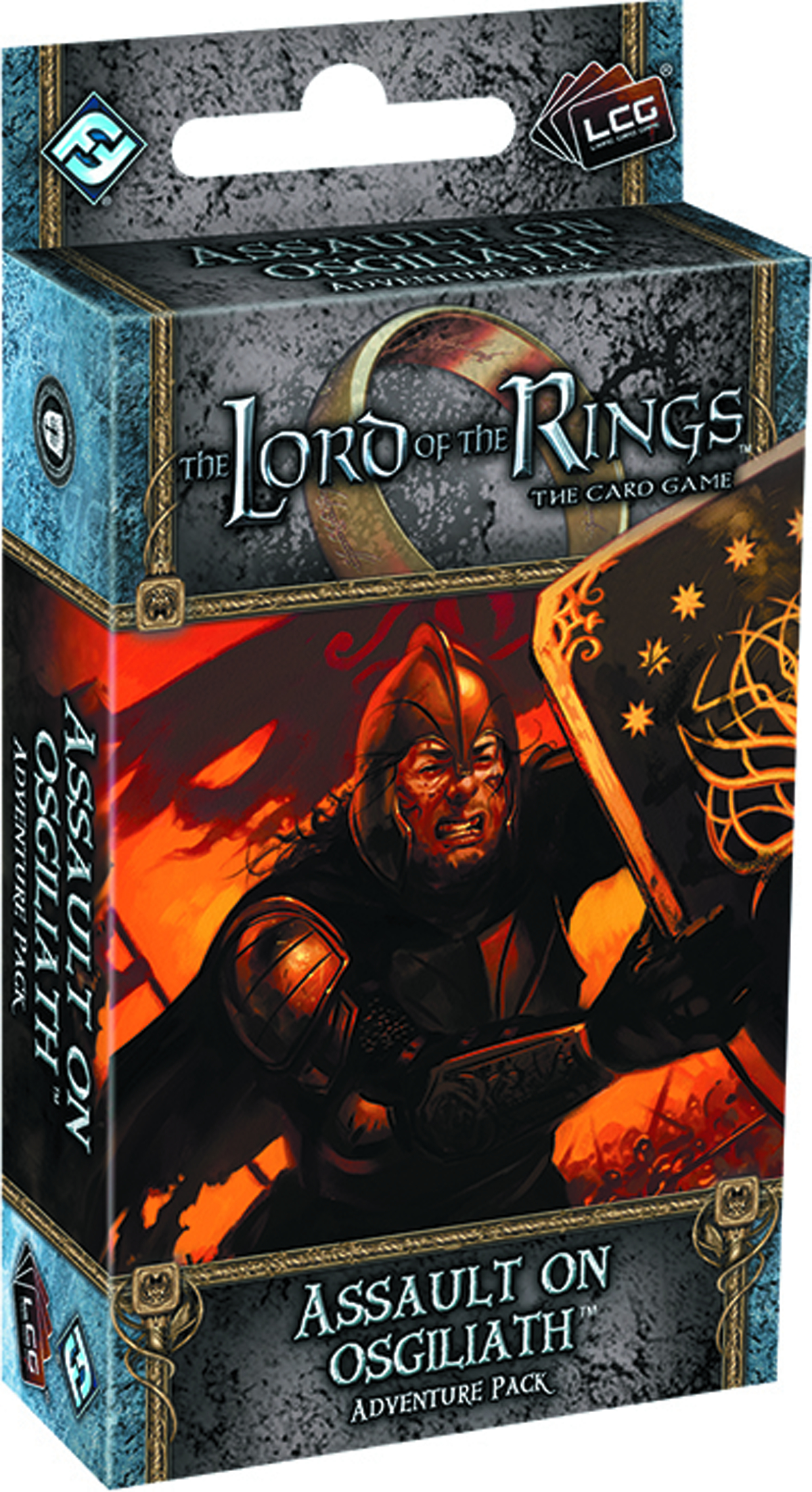 APR132190
Assault on Osgiliath, the fourth Adventure Pack in the "Against the Shadow" cycle for The Lord of the Rings: The Card Game, continues its ongoing narrative with an all-new scenario, a new hero, and three copies of each new player card. After Middle-earth's heroes save the townsfolk of Amon D n, they return to Minas Tirith just in time to join the Gondorian Army's march to Osgiliath. Filled with fantastic locations, ferocious combats, and a riveting story, Assault on Osgiliath immerses players in of one of the game's most sweeping and epic battles.