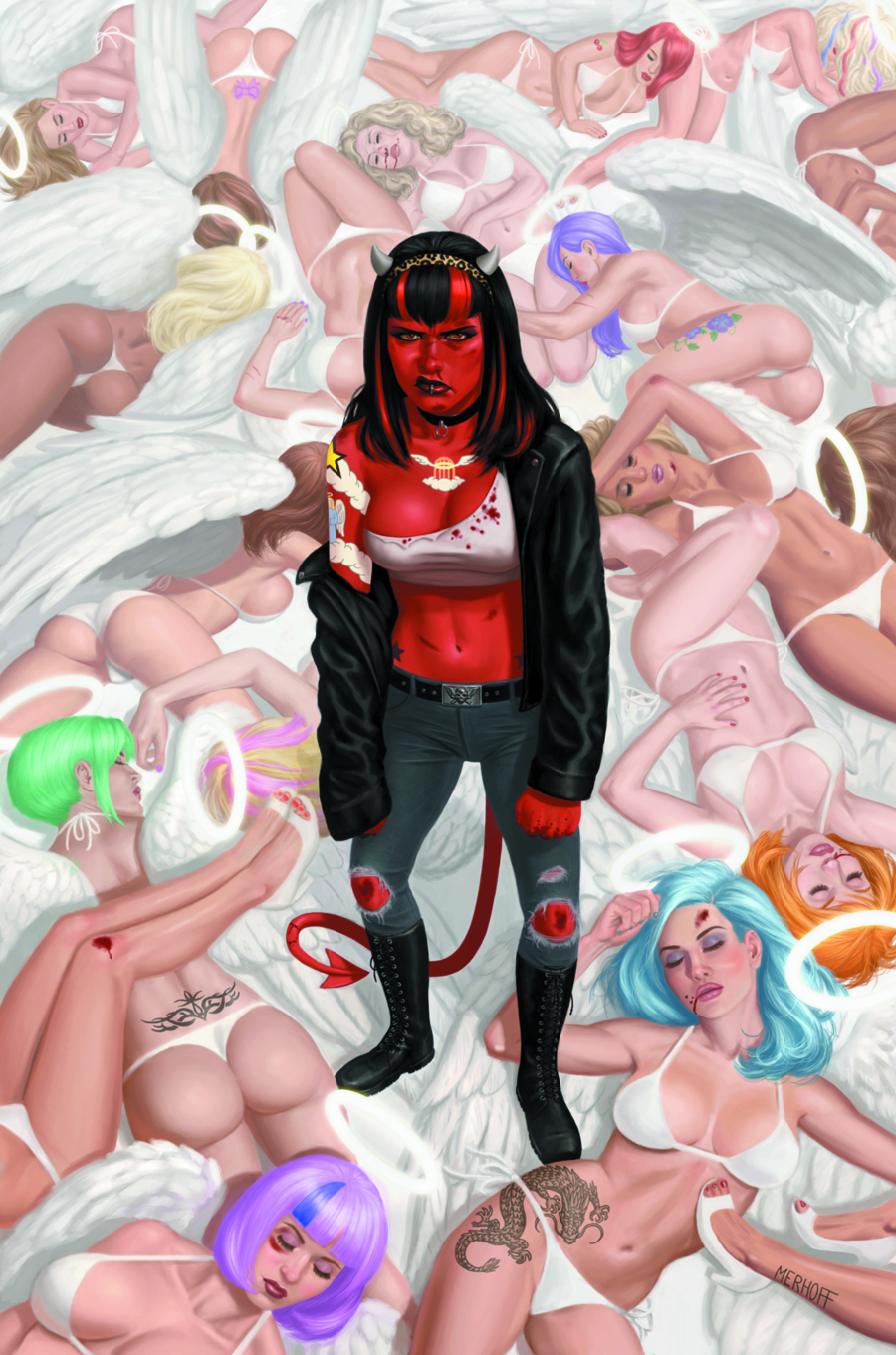 APR131082
(W) Josh Blaylock (CA) Joel Humberto Herrera, Dominic Marco (A/CA) Matt Merhoff
Mercy Sparx is Heaven's secret weapon - a devil girl secretly living among us as a human, hunting rogue angels who've fallen off the grid. When not fighting she's boozin' it up with her tech-genius, heavy metal roommate, Hank, coming up with amazing gadgets to take down the next divine target. What at first appears to be a simple mission unfolds into an epic divine battle finding Mercy at the epicenter. Fans were left hanging in 2009 when Mercy's sophomore series went on hiatus, but now she's back! Just keep your distance if a fight breaks out!
In Shops: Jul 03, 2013
SRP: $3.99
View All Items In This Series
ORDER SUBSCRIBE WISH LIST