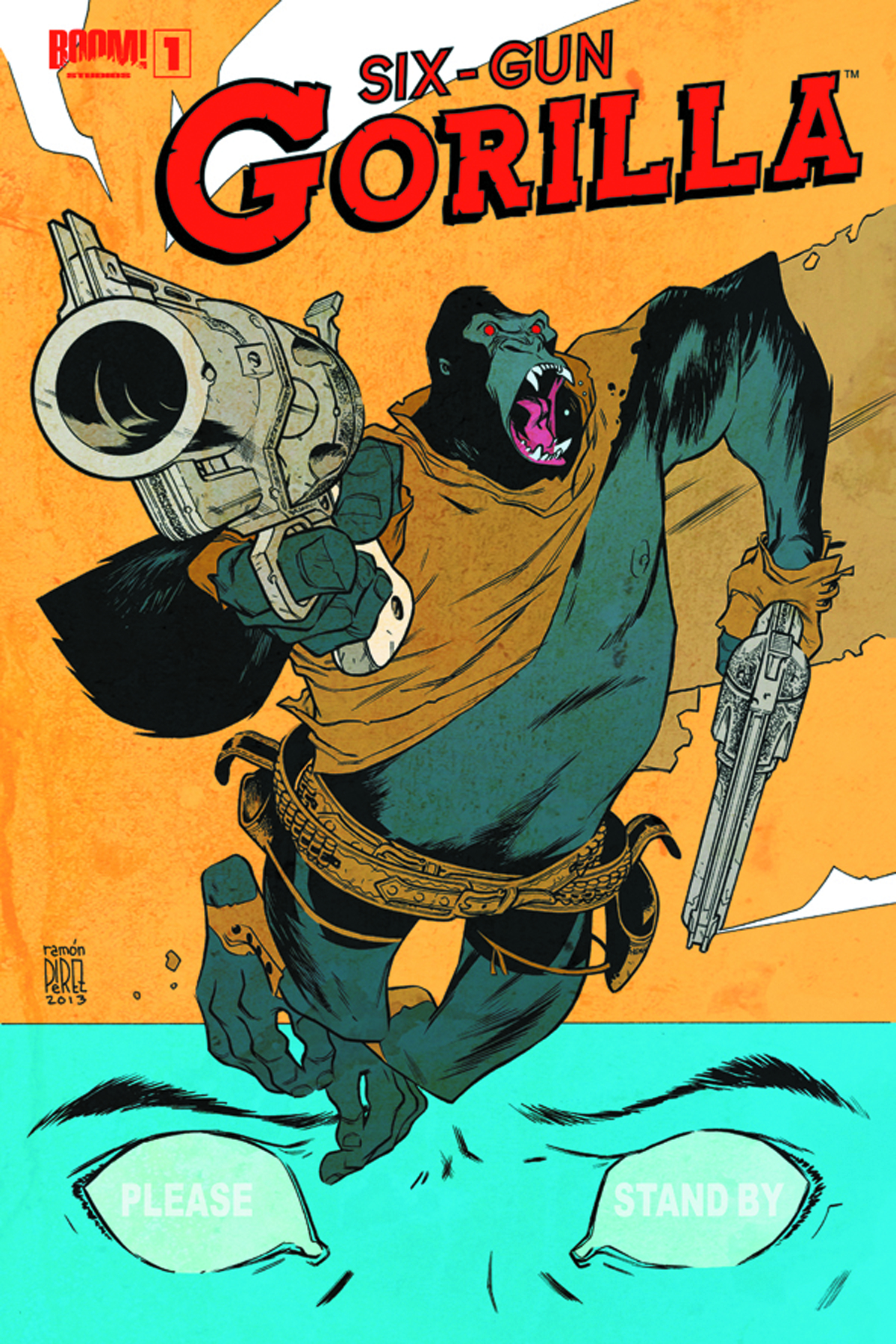 APR130933
(W) Simon Spurrier (A) Jeff Stokely (CA) Ramon K. Perez
Welcome to "the Blister" -- a bizarre other-world colonized by humans sometime in the 22nd century, which quickly became a hotly-contested source of fertile land and natural resources long ago exhausted on Earth. In this new frontier, a rogue gunslinger and his companion wander across a wilderness in the grips of a civil war, encountering lawlessness, natives, and perversions of civilization in a world at the crossroads between the past and the future. The fact that said gunslinger is a bio-surgically modified silverback gorilla toting a pair of enormous revolvers is neither here nor there.

Written by Simon Spurrier (Marvel's X-MEN LEGACY, EXTERMINATION) and drawn by hot new talent Jeff Stokely (FRAGGLE ROCK) and featuring a cover by Eisner Award-winning artist Ram n Pérez (A TALE OF SAND, AvX: VS), SIX GUN GORILLA is a pulpy mash-up of Western weirdness and lo-fi science fiction unlike anything else on the stands! Ask your retailer about the variant incentive cover by James Harren (B.P.R.D.)!