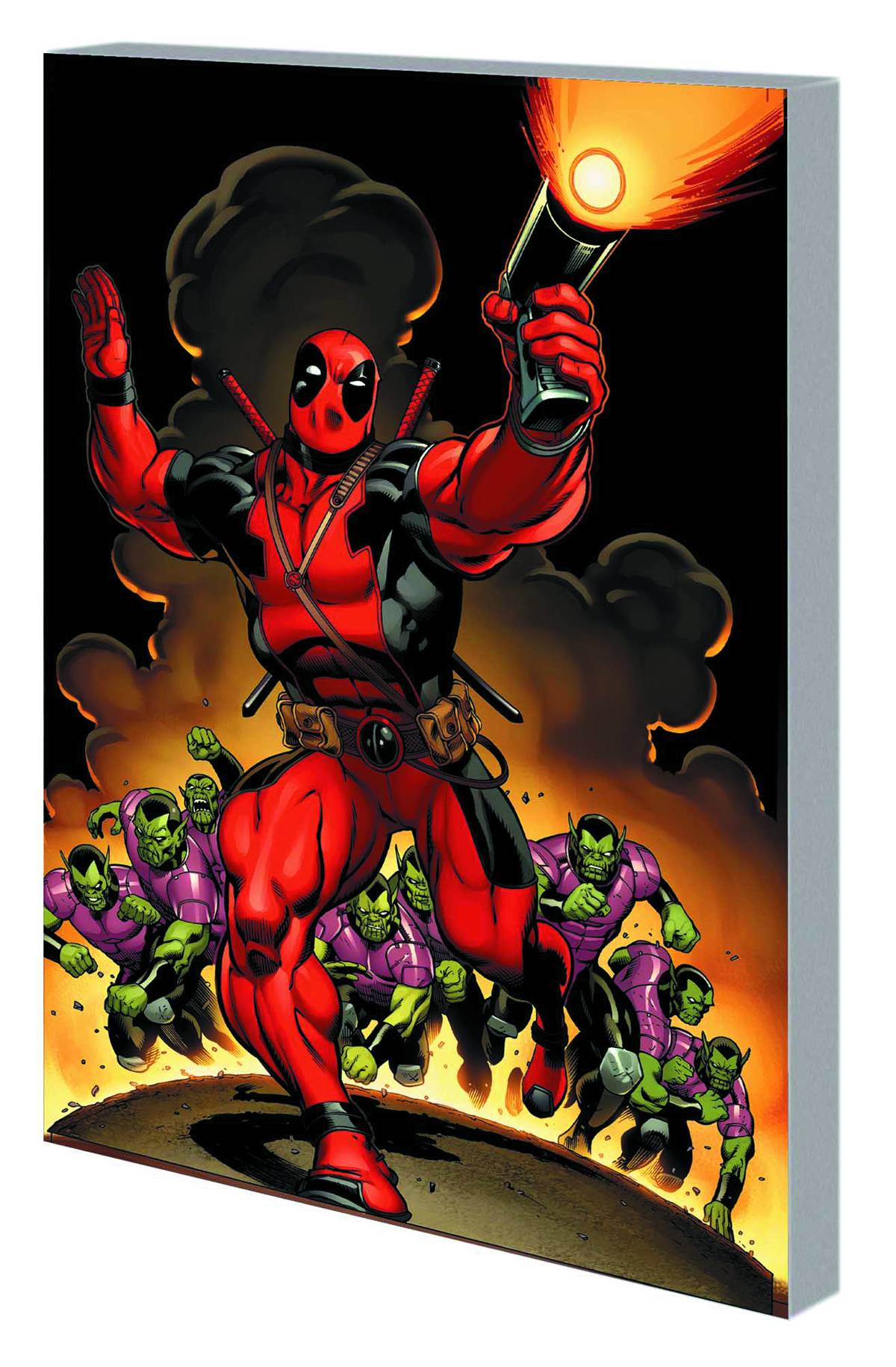 #
APR130732
(W) Daniel Way, Andy Diggle (A) Various (CA) TBD
Daniel Way's hilarious, action-packed run begins here! When the Merc with a Mouth is hired to rub out Wolverine, sparks will fly! But when both men can regenerate any wound in minutes, how can either one expect to finish off his foe? And whoever wins will have to face Wolverine's murderous son, Daken! Then: The Skrulls haveinfiltrated Earth, but nobody warned them about Deadpool! The invaders replicate Deadpool's healing factor in a new generation of Super-Skrulls - but why is Deadpool himself leading this brigade against Earth? And when NormanOsborn double-crosses Deadpool, the maniacal merc unleashes a full-on assault against Avengers Tower! Norman must pull out all the stops - and that means deploying his new team of bloodthirsty, black-ops Thunderbolts! Collecting WOLVERINE: ORIGINS #21-25, DEADPOOL (2008) #1-12, THUNDERBOLTS #130-131 and DEADPOOL SAGA.
In Shops: Jul 17, 2013
SRP: $34.99
View All Items In This Series
ORDER WISH LIST