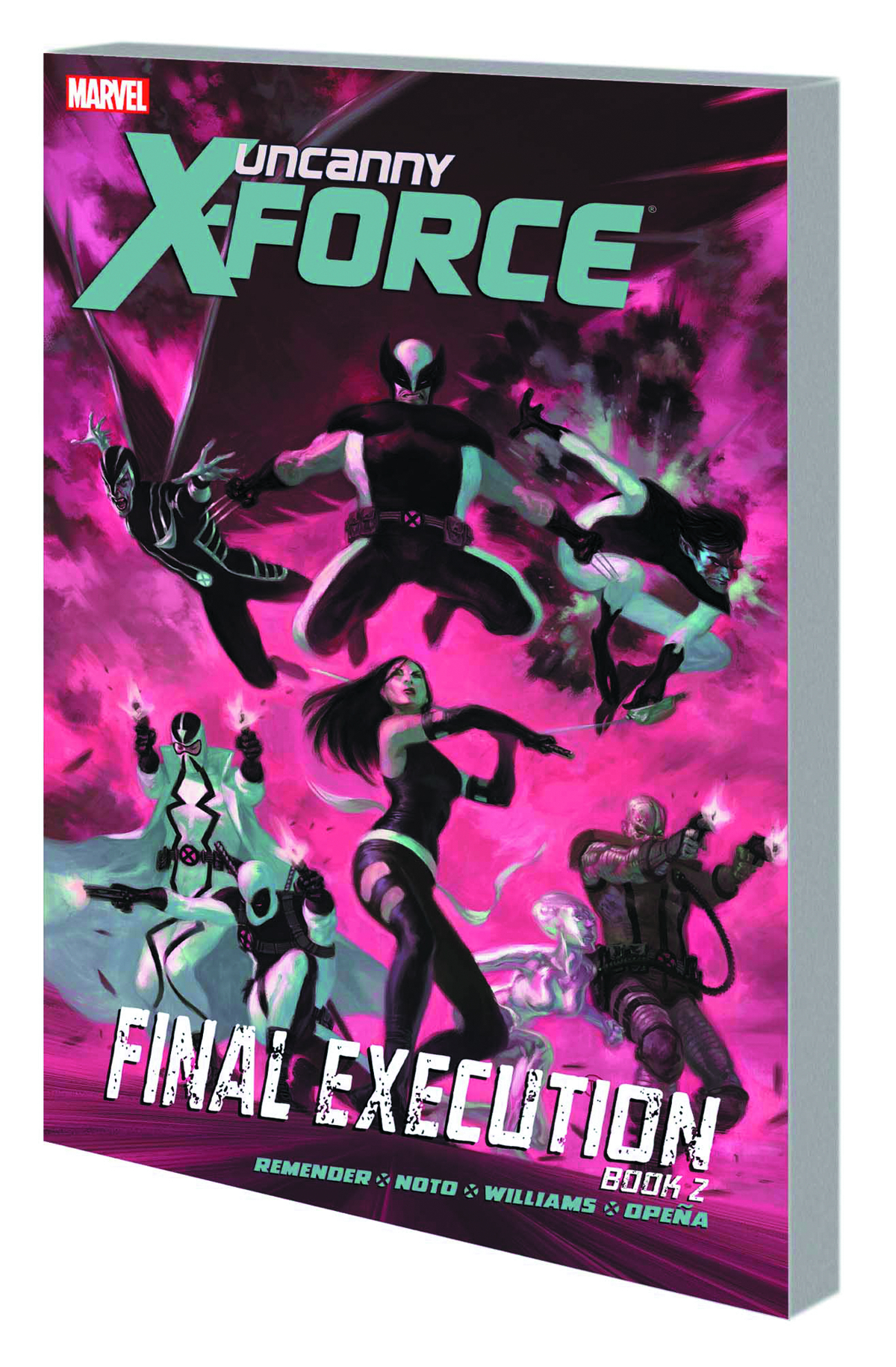 APR130724
(W) Rick Remender (A) David Williams, Phil Noto, Jerome Opena (CA) Julian Totino Tedesco
X-Force exists to tackle the problems ordinary X-Men can't or won't confront - with extreme prejudice. But as the killing begins to take its toll, a less existential crisis faces the team: a new Brotherhood of Evil Mutants - led by Wolverine's twisted son, Daken. With Fantomex already dead and the rest of X-Force lost in time, the Brotherhood begins its true quest: the kidnapping of Genesis, the young clone of Apocalypse, from Wolverine's Jean Grey School and the fulfillment of his destiny to rise as a mutant despot. The only way X-Force can save Genesis from the Brotherhood - and the world from a new Apocalypse - is a desperate assault on the Brotherhood's base. But that's just what Daken's counting on! Collecting UNCANNY X-FORCE (2010) #30-35, and material from WOLVERINE: DANGEROUS GAMES and DEADPOOL (2008) #1000.
In Shops: Jul 17, 2013
SRP: $19.99
View All Items In This Series