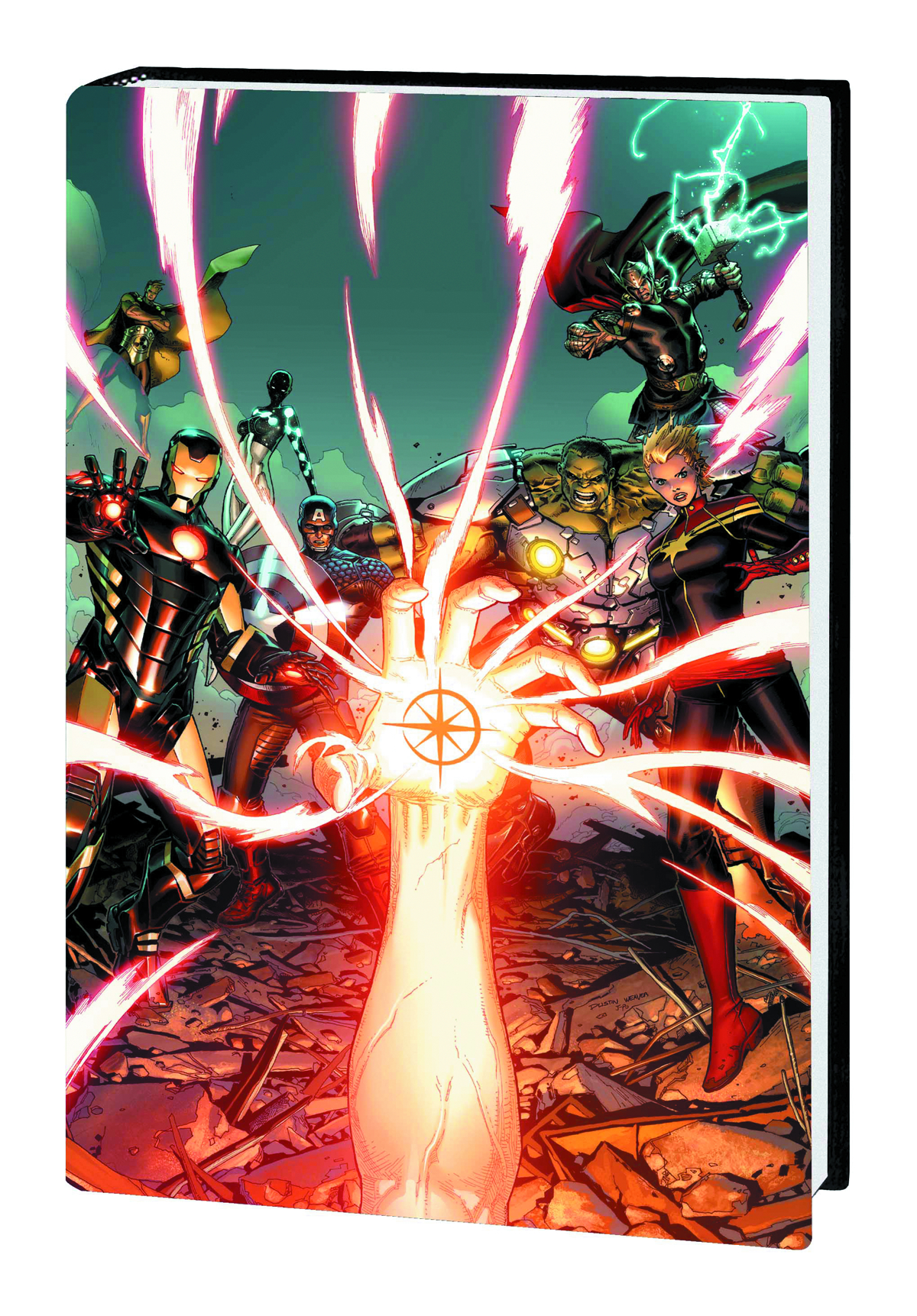 APR130718
(W) Jonathan Hickman (A) Mike Deodato (A/CA) Dustin Weaver
The Avengers scramble to deal with the threat of another Universal System as the New Adam's true self is revealed - and the most dangerous hero on Earth is created. As the Avengers face the World Breaker and discover the imminent threat to the Avengers World, the hidden connections between the events of AVENGERS and NEW AVENGERS are slowly revealed. What good is a White Event if it destroys the planet it was meant to transform? Plus, the Avengers discover Canadian super-team Omega Flight got lost in a Garden Origin Site - and learn why "adaptation" is the scariest word in the Marvel Universe! Then, as Shang-Chi battles an ancient enemy, the Avengers...hang out in Hong Kong's swankiest casino? But they soon find out it doesn't pay to gamble in the spy business. Collecting AVENGERS (2013) #7-11.
In Shops: Jul 10, 2013
SRP: $24.99
View All Items In This Series