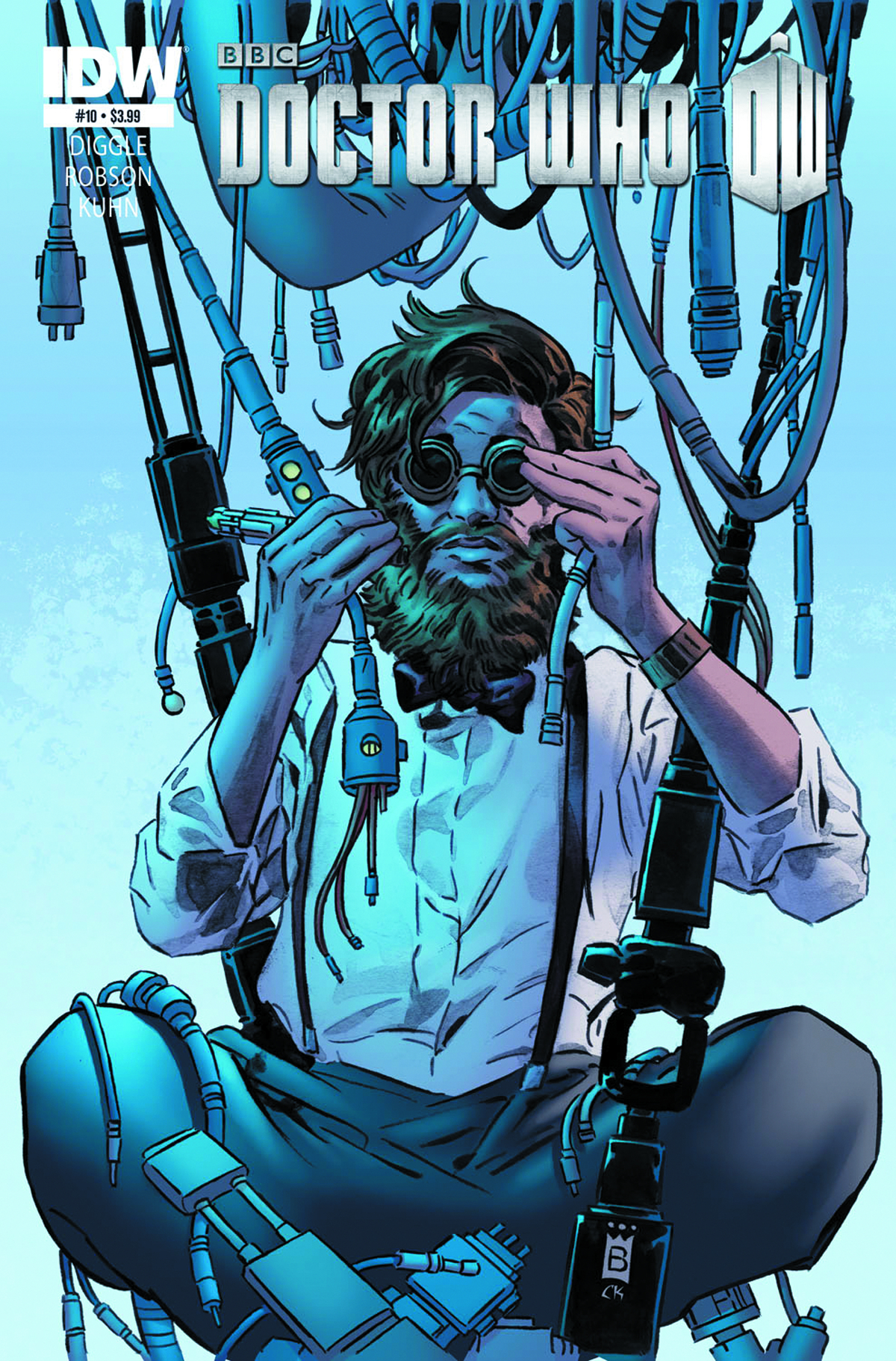 APR130373
(W) Andy Diggle, Eddie Robson (A) Andy Kuhn (CA) Mark Buckingham
The missing Doctor has been found! But now the TARDIS has vanished, leaving him and his companion stranded in a strange dimension with seemingly infinite skies! How do they plan to escape this steampunk world? By using a World War II-era atomic bomb, of course! Join us for "Sky Jacks," Part 2 of 4!
In Shops: Jun 19, 2013
SRP: $3.99
View All Items In This Series
ORDER WISH LIST