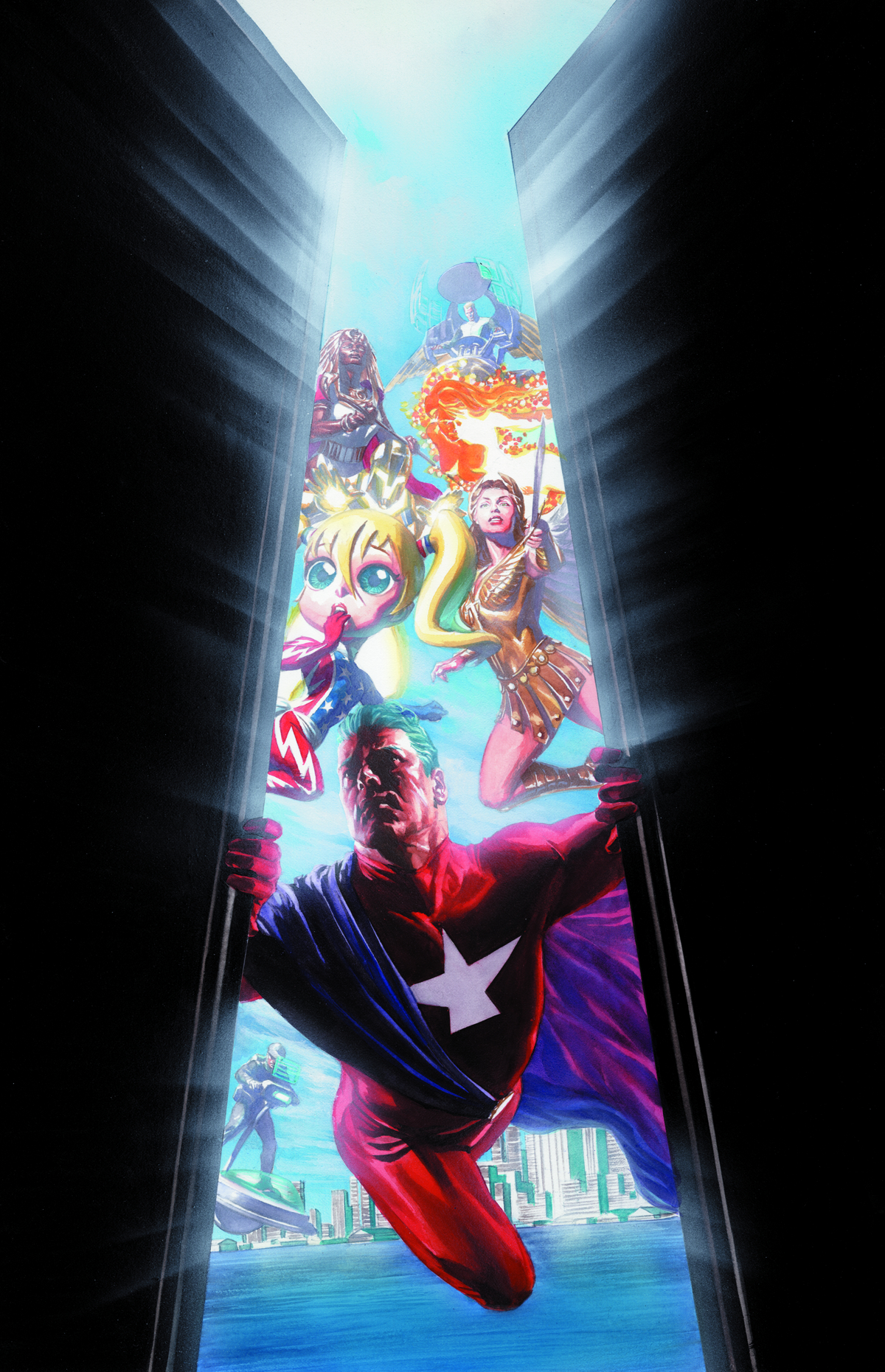 APR130239
(W) Kurt Busiek (A) Brent Eric Anderson (CA) Alex Ross
ASTRO CITY is back in a new, ongoing monthly series that showcases old heroes and new, as The Ambassador comes to Earth, and an ordinary man is caught up in a cosmic conflict! Featuring the return of favorites like Samaritan and Honor Guard, and the debut of some new sensations! Plus, the seeds of a new mystery: Who is the Broken Man? The entire award-winning creative team is back to kick off a new epoch of the human and the super human. Get in on the ground floor of Astro City's next epic!
In Shops: Jun 05, 2013
SRP: $3.99
View All Items In This Series
ORDER WISH LIST