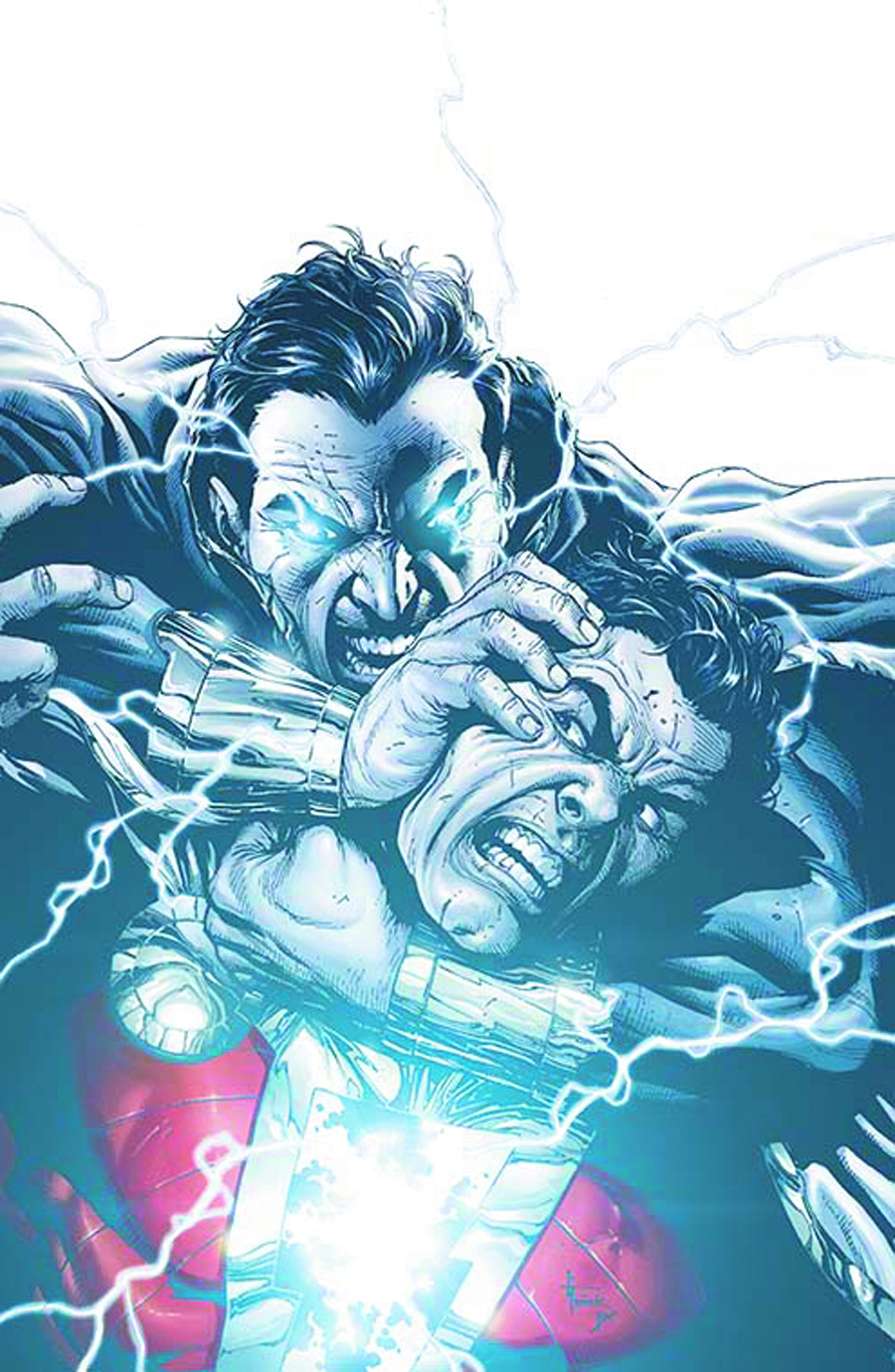 APR130140
(W) Geoff Johns (A/CA) Gary Frank
THE MARCH TO TRINITY WAR CONTINUES! This is it! Shazam's origin story concludes in a extrasized extravaganza! As Black Adam threatens to gain control of all magic, Billy Batson learns that in order to stop him, he'll need help from the unlikeliest of people. But what greater role awaits Shazam in the larger DC universe? And what does the Justice League have to do with it?
In Shops: Jun 26, 2013
SRP: $4.99
View All Items In This Series