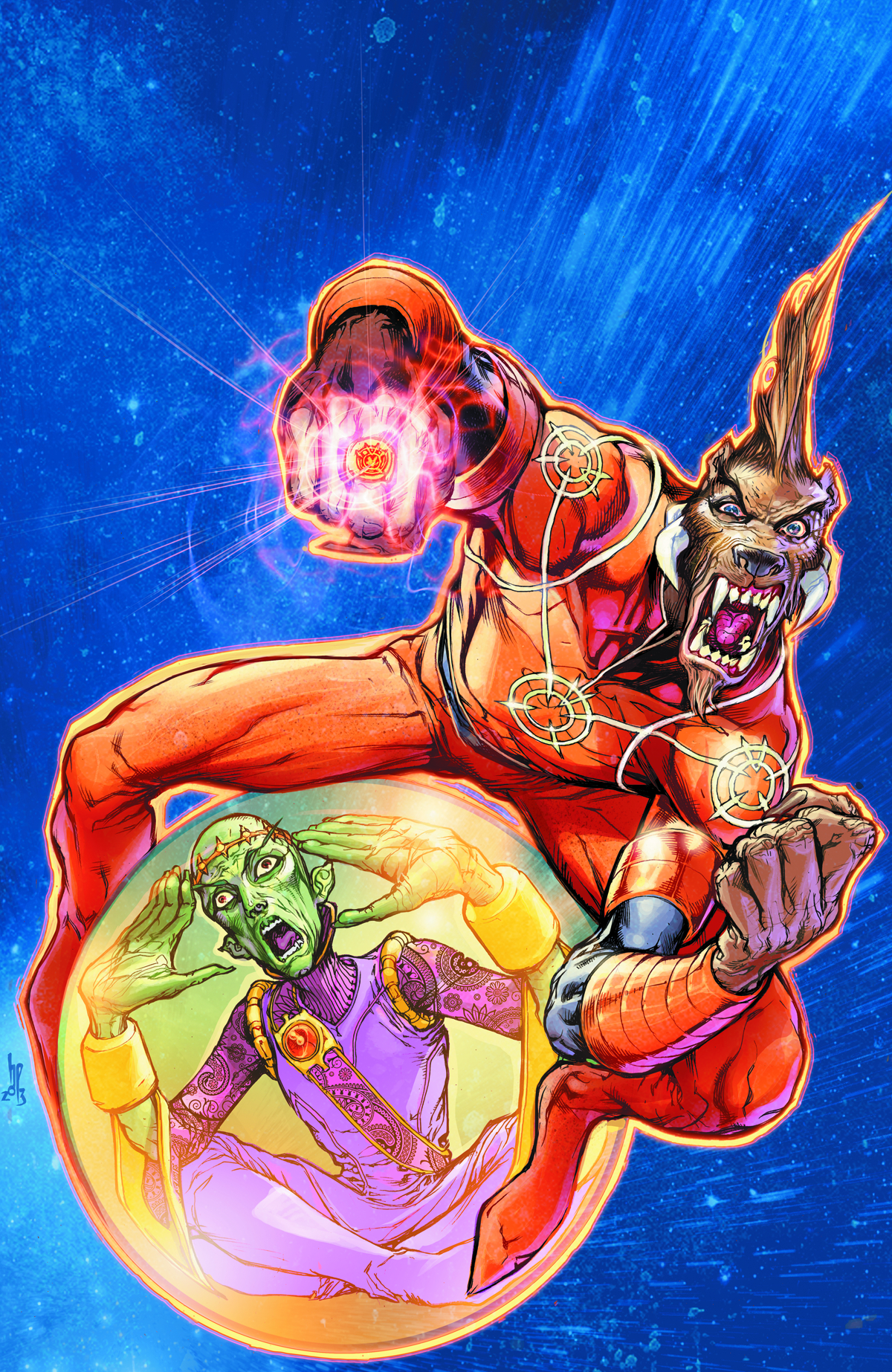 APR130123
(W) Keith Giffen, J. M. DeMatteis (A) Scott Kolins (CA) Howard Porter
Larfleeze, the breakout character from BLACKEST NIGHT, last seen in the pages of THRESHOLD, is back in his own solo, ongoing series-and he's not sharing it with anyone! In his debut solo adventure, Larfleeze meets Laord of the Hunt, a pan-dimensional cosmic entity that believes all living things are prey-and he's out to turn the universe into his own private hunting reserve! And the only thing worse than Laord is the deadly beings he can summon!
In Shops: Jun 26, 2013
SRP: $2.99
View All Items In This Series
ORDER WISH LIST