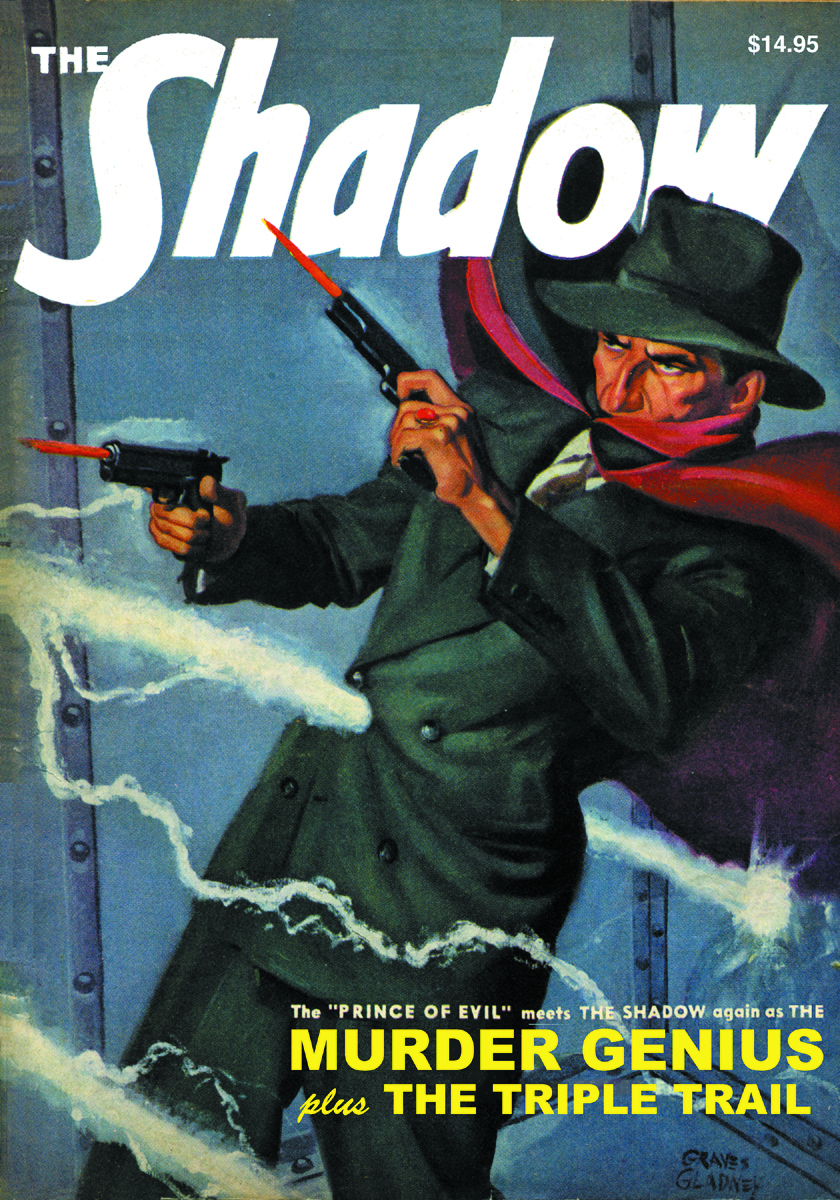 APR121435
The Master of Darkness follows "The Triple Trail" that could lead to a million-dollar art treasure, in one of Walter Gibson's all-time greatest masterpieces of misdirection! Then, The Shadow attempts to rescue his loyal agent from the clutches of the "Murder Genius" in Theodore Tinsley's violent sequel to "The Prince of Evil." Plus, a thrilling adventure of Police Commissioner James Gordon, a.k.a. The Whisperer!